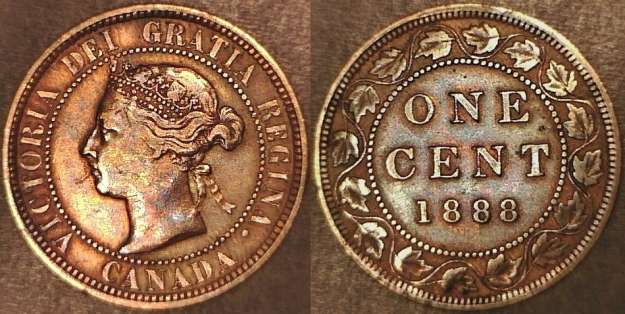 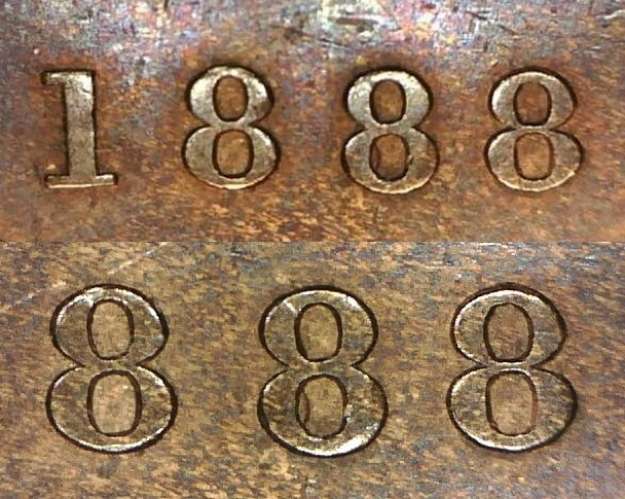 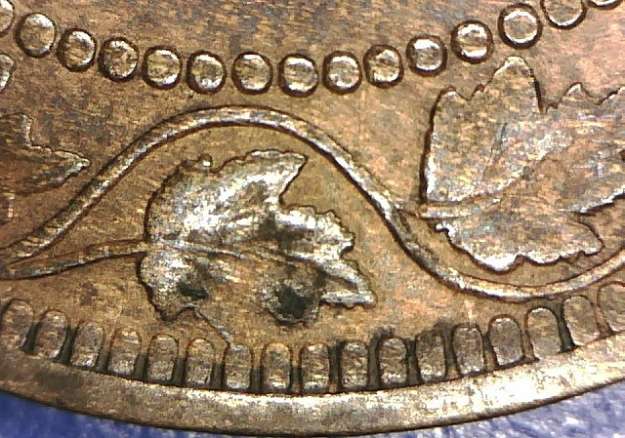 Definitely looks like a repunch. I have never seen this example before. Great find!

This variety was discovered about 4-5 years ago and we put it in the 2011 variety section as well. We took a concensus vote and decided to name it (and explain it) after Rob T came up with the name. It is called the "Bead Punched 8" where it looks like the mint worker took a bead punch to correct the lower part of the middle 8 on the working die .. probably to stop a crack or hid a chip or something. It's no different than them taking a hammer and punch to repair any other working die, but he used a hand punch for a "bead" instead of a digit or character. It is a nifty variety and relatively scarce (but not rare). As has been said before on other sites, the 8's are usually full of Vicky crud so you can't see what's inside. You need either a cleaned coin or better grade to ebven start to find one.
Bill in Burl
Top

Thanks for stopping by jim, I have a 1908 large cent, with some nice doubling on the date, I'll photo it, then I'll start a thread with photos, thanks again bill for stopping by
Top
Post Reply
5 posts • Page 1 of 1