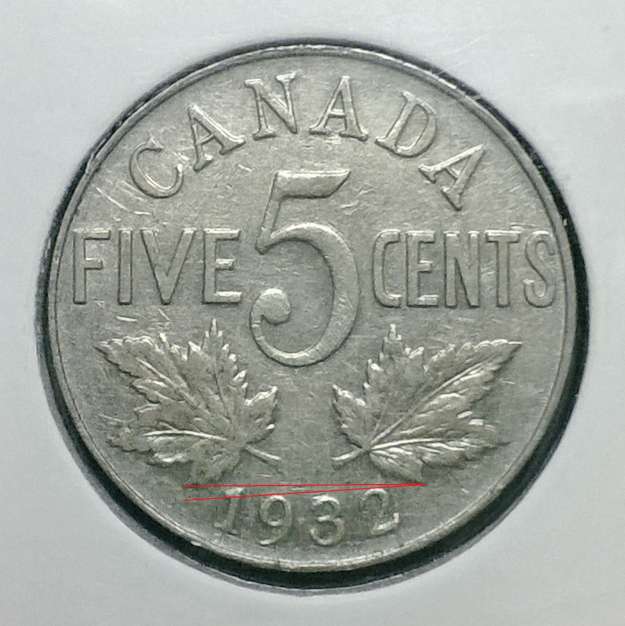 by CDNMace
Update: There is now a great conversation going on over on Coin Community's Canada section regarding this very 'variety'. It appears we've uncovered that this may not be a black and white variety. Just a heads up.

It is possible that the wear of this coin explain your doubt on this.

by zonad
Would be nice if I could see the coin without the lines.

by Bill in Burl
Yes, I think that the lines that are drawn just confuse the situation. Zonad's method of comparing the 3-2 gap with the gap width between the 2 and the leaf is a no-brainer and infinitely easier. Just a quick glance at the coin and you can tell ... no lines!

I also think that the population/scarcity data has been fouled since this all began 2-3 years ago on multiple coin sites. I think that the incidence percentage is more than 1%, but far less than 10 .. still a scarce coin, but with alot of questions.
All times are UTC-05:00
Page 1 of 1
Powered by phpBB® Forum Software © phpBB Limited
https://www.phpbb.com/