by zonad
Found two of these while I searched for missing "S" variety. the lion's tongue touches the queen's chin. 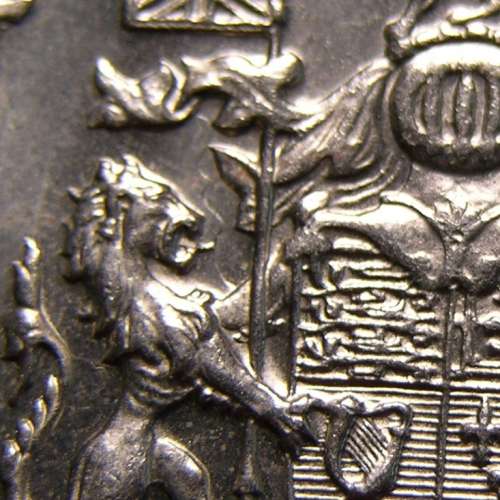 by BCNumismatics
Randy,
That's not called a die clash,but to see ghosting on Canadian nickel 50c. coins is still a very interesting thing though.

Aidan.
by zonad
Hi Aidan, I did change the link. I think this is a die clash, not ghosting which could not be as sharp.
by BCNumismatics
Randy,
The Queen's portrait on the Canadian coins of the 1970's,especially the 50c. coins are in very high relief,which is why the ghosting occurs from time to time.It is the similar sort of problem that occurs on the King George V coinage of Great Britain.

Can you please get in touch with me? You can send an email to me at britishcommonwealthnumismatics(at)gmail.com (replace '(at)' with '@')?

Aidan.
by Lightw4re
It is a die clash. Nice coin zonad.

You can easily see the chin, lips and the bottom of the nose. 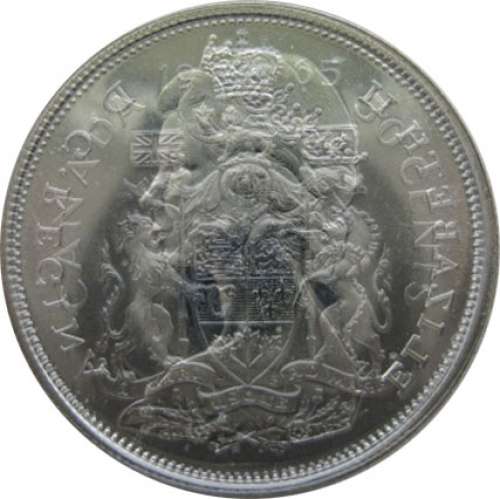 by La loutre
This is definitly a die clash. As zonad said, ghosting wouldn't be as sharp as what we can see here.
Nice coin!

Here's a 50 cents George VI with the same kind of clash. 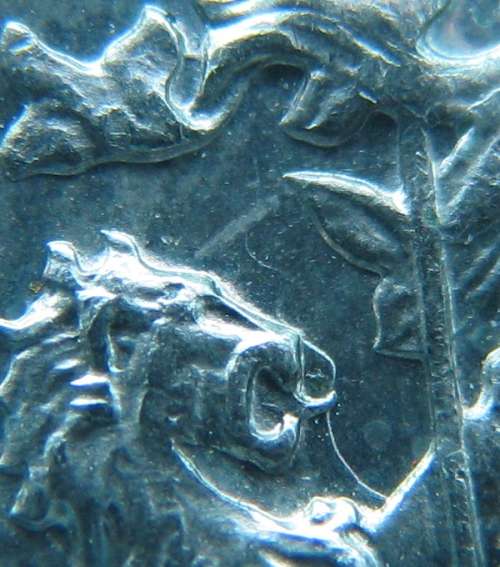 Those are effectively Die Clash.

Its the first time i saw die clash mark on Élisabeth II 50cents.

You can easily see the chin, lips and the bottom of the nose.

Here's one image i won't have to do

In my opinion and from my understanding it is defenitly a die clash Zonad, nice coin.

Pascal
by desertrat
I have to agree! It is a clash, and one I would enjoy having in my group of clashes! I think the lion is enjoying the "kiss. she Is a beauty!
Dick

I recently found a 1974 missing S. How rare are they really? this site lists them at 10 bucks for circulated condition. I have looked everywhere for info and nothing!
All times are UTC-05:00
Page 1 of 1
Powered by phpBB® Forum Software © phpBB Limited
https://www.phpbb.com/