i had misplaced my 1954 dollar serial number z/z1000000 It was in my brothers safety deposet box whats it worth.misplaced for 50 years 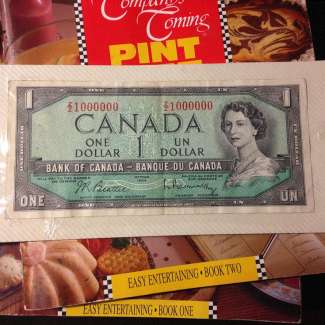 If this were an UNC, Charlton's book value based on a graded note would be $550. To get that would not be likely.

I am having a problem trying to grade it due to the quality of the picture, however at best I would give it is FINE due to the creases and soiling.

It may actually be a VG.

Personally if I had it in hand to check the grade, I would possibly only pay between $25 - $50. Maybe even less.

As I sometimes do a flea market or a coin show I would then probably try to sell it for between $45 - $75.

I sometimes sell at a local flea market during winter months and also at my clubs (Calgary & Medicine Hat) coins shows.

There are some others there that may try to sell it at a ridiculous higher price but they could end up sitting on it for a long time.

I am curious what others think.
Top 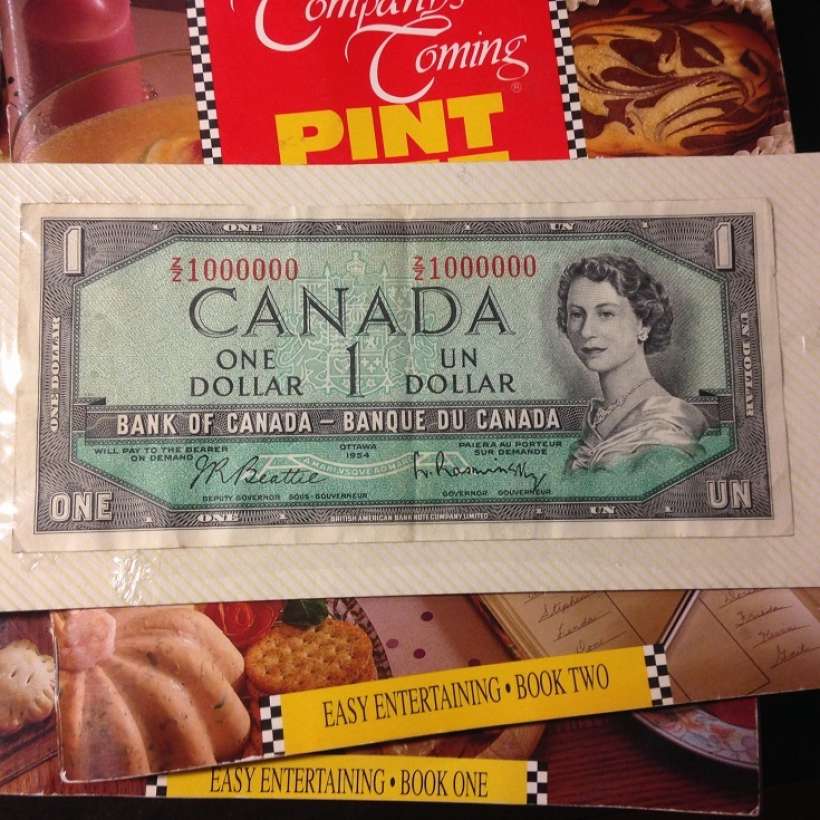 Well this is the story of how I got it. It was about 1968 and I worked in Calgary Alberta at the time. I had just got a haircut at the barber. I think the hair cut was $4, and the change I got back was this bill. I was 19 then. I used it to play BS poker and show it off. A few years later or maybe less my sister and law said that I should keep it better and I told her to keep it for me. I asked her for it a few years later and she couldn't remember what she did with it. Just last week the bank of NS was closing in my home town and asked all patrons to empty their safety deposet boxes. She called me a few days ago and send a pic from her phone and said I can pick it up next time we see each other. I'm not a collector and I'm not hurting for cash so It will likely stay in the family. Hope you enjoy my true story.
Top