You are: Home » Banknotes » Articles » A New Issue of Card Money

A New Issue of Card Money

In response to the currency shortage, the King of France authorized a new issue of card money in 1729. Card money was issued until the fall of New France in 1760. Unlike that issued from 1685 to 1714, this card money was printed on ordinary white cardboard, and the size varied by denomination. 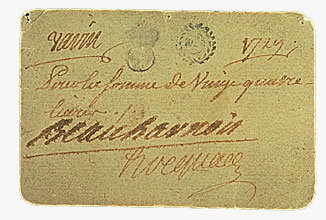 From 1720 until the beginning of the British colonial period in 1760, other forms of paper money also circulated in New France. Treasury bills (ordonnances) and Letters of Exchange, for example, became so popular that they soon exceeded the quantity of card money in circulation. With the defeat of France in 1760, this mass of paper money was redeemed at only a fraction of its face value. Most people in Lower Canada lost confidence in paper money and began to hoard coinage in the proverbial sock. 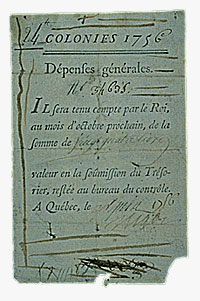