The Bank of Canada - Articles on canadian banknotes - Coins and Canada

You are: Home » Banknotes » Articles » The Bank of Canada

The Bank of Canada

It was also during the 1930s - in 1935, to be precise - that Canada opened its own central bank, the Bank of Canada. This institution, whose original head office constructed in 1937 you see here, was given a mandate to regulate the country's money supply and to ensure the efficient operation of the Canadian economy. Accordingly, it was given exclusive responsibility for issuing bank notes in Canada. The chartered banks were required to withdraw all their notes from circulation by 1949. The Bank of Canada issued its first notes in 1935. Bank notes that are still legal tender cannot be shown here, because it is forbidden by law to photograph or reproduce them in any way. 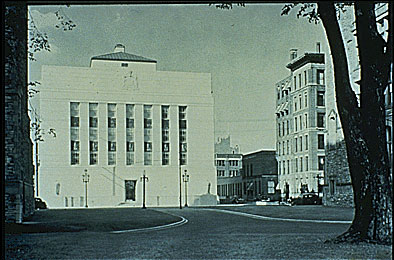 Photo of the Head Office of the Bank of Canada, 1937