You are: Home » Canadian coins » Articles » The National Currency Collection

Canada's National Currency Collection, a repository of more than 100,000 artifacts, includes currency from around the world and from all historical periods. The Collection also contains materials used for producing money (dies, plates, and engraving tools), keeping track of money (ledgers, banking, and government accounts), measuring money (weights and scales), handling money (cash registers, savings banks, and wallets), and studying money (numismatic medals and cards), together with examples of counterfeit money. Another important element of the Collection is its library and archives, which contain more than 8,500 books, pamphlets, catalogues, and journals dating back to medieval times. Examples from the Collection are showcased in the Bank of Canada's Currency Museum located at the central bank's headquarters in Ottawa

The idea of establishing a National Currency Collection originated with Governor James Coyne. In 1959, Governor Coyne, regretting that there was no collection of the bank notes issued by private Canadian banks over the previous 150 years, initiated an investigation into the feasibility of a national collection that would contribute to the public relations of the Bank of Canada, as well as being an educational resource. Guy L. Potter was hired as a numismatic consultant to help define the future direction of the Collection.

In 1963, Governor Louis Rasminsky gave the go-ahead to Major Sheldon S. Carroll, the Bank's first curator, to acquire and assemble the most complete collectionpossible of currency that had circulated in Canada, along with related banking andmonetary artifacts. Major Carroll was also charged with amassing a representativecollection of historic and contemporary non-Canadian notes and coins, as well asdeveloping a numismatic library. The material was to be housed in a museum thatwould be open to the public in Ottawa. Space for the new museum was set asidein plans to enlarge the head office complex, which were under way at the time.

The core of the collection was assembled throughout the 1960s and early 1970s, often with the co-operation of government departments, such as the Department of Finance, as well as the Royal Canadian Mint, security printing firms, chartered banks, and private individuals. In 1963, the Bank acquired the collection of J. Douglas Ferguson, then the dean of Canadian numismatists. The Ferguson collection included paper money issued during the French Regime, along with a significant selection of ancient, medieval, and contemporary coins.

In 1965, the Secretary of State approved the transfer to the Bank of Canada of some 16,000 pieces held in the Public Archives of Canada. Many of these artifacts dated from the federal government's acquisition of the Gerald E. Hart collection in 1883. 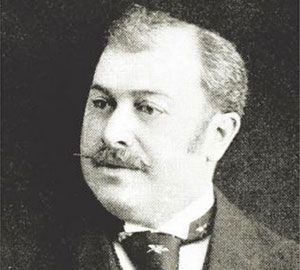 Gerald E. Hart, born in Trois-Rivières, Quebec, in 1849, was a member of the Antiquarian and Numismatic Society of Montreal, and later became its Secretary. He was also a historian and wrote several books on New France. In 1875, he offered to sell his large collection of Canadian currency and medals to the new Dominion government. After several years of discussion, the government finally purchased the collection in 1883 for $2,500. It was displayed in the Library of Parliament in Ottawa, where it remained until the 1950s when it was moved to the Public Archives. In 1965, notes and coins held in the Archives were transferred to the Bank of Canada and became part of the National Currency Collection. Unfortunately, it is impossible to know with certainty which of the transferred artifacts were originally from the Hart collection, since a catalogue of the collection was apparently not compiled when the government purchased it. Hart died in 1936.

In 1965, the Secretary of State approved the transfer to the Bank of Canada of some 16,000 pieces held in the Public Archives of Canada. Many of these artifacts dated from the federal government's acquisition of the Gerald E. Hart collection in 1883.

This early Canadian token is one of the few pieces that can be identified as having been part of the Hart collection. Its exceptional condition, with near-complete legends, distinguishes it from similar pieces. It was cited the perfect coin in the Government Collection in Ottawa in a catalogue accompanying the sale of another of Hart's coin collections in 1888.

The Bank made another major acquisition in 1974, purchasing a significant portion of the Château de Ramezay collection, owned by the Antiquarian and Numismatic Society of Montreal, Canada's first numismatic society, established in 1862. This included the collection of R.W. McLachlan, the premier Canadian numismatist of the late 19th and early 20th centuries. In 1977, in recognition of the national significance of the Bank's growing collection, the Secretary of State agreed to designate it as the National Currency Collection. 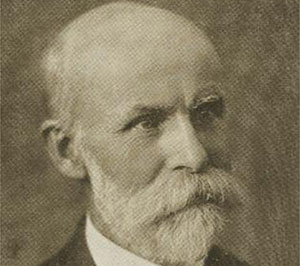 Robert McLachlan was born in 1845 in Hochelaga, now part of Montréal. From a very early age, McLachlan had an interestin coin collecting, and, during his lifetime, assembled the most complete collection of Canadian decimal coins in the world. McLachlan was a member of numismatic societies in North America and Europe, including the Antiquarian and Numismatic Society of Montreal. A noted author and archaeologist, McLachlan wrote extensively on the history of Canadian tokens and did much to popularize numismatics in Canada. Shortly before hi death in 1926, McLachlan sold the bulk of his collection to the Antiquarian and Numismatic Society, which displayed it in the Château de Ramezay in Montréal. The Society acquired the rest of his collection in 1929. During the mid-1970s, the Bank of Canada acquired significant parts of McLachlan's collection, there by ensuring the safe keeping of the foremost private collection of Canadian currency.

McLachlan was a prolific writer who published articles on Canada's numismatic history in a wide range of journals. His address to the Royal Society of Canada in 1915 is richly illustrated with photograp

After years of delay, the Bank of Canada's Currency Museum finally opened to the public in 1980. Located just minutes from Parliament Hill, the Museum is a major Ottawa attraction. In addition to permanent displays featuring the history of money in Canada and around the world, there are frequent temporary and travelling exhibits.

The Museum's Learning Centre offers programs designed to interpret our monetary and economic heritage, increase public awareness of the Bank of Canada, and foster confidence in bank notes and the Canadian financial system. Students and scholars conducting research on the history of money and banking in Canada can consult the Museum's library and obtain photographs of artifacts. The Museum also provides identification services to archaeologists and numismatists.