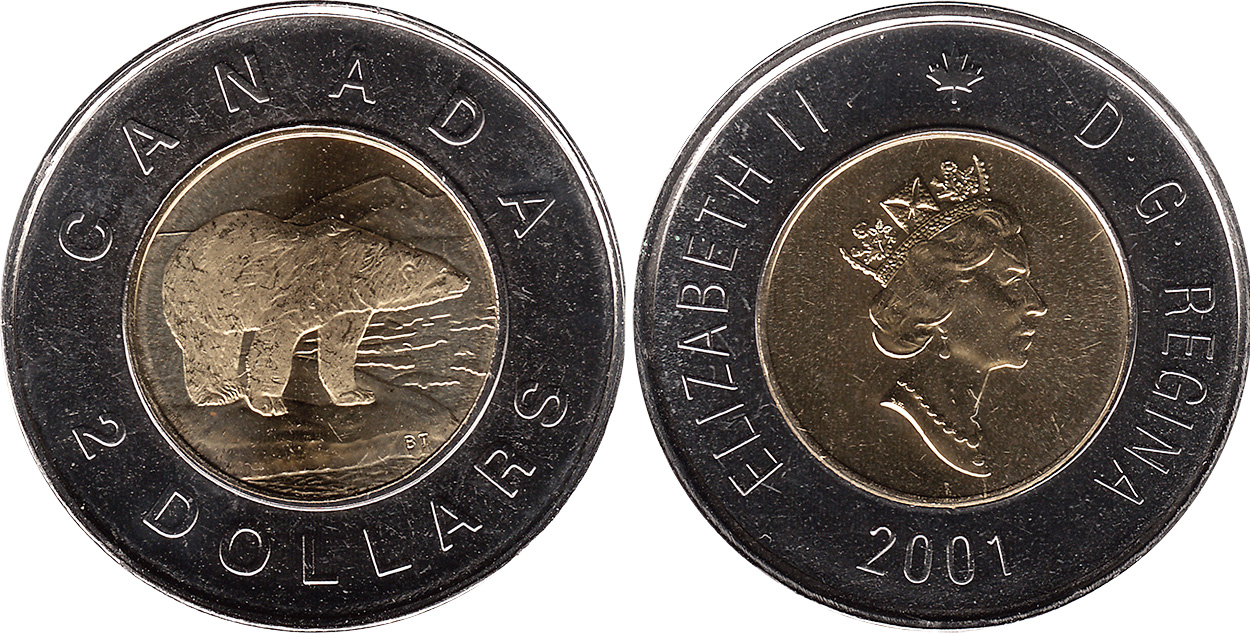 PL (Proof-like): Special coins struck at the Mint with a brilliant relief is struck on a brilliant field and not intended for circulation despite the fact that their composition is identical to the coins produced for circulation. If Proof-like coins have been removed from their protective envelope or original package, it is harder to differentiate them from uncirculated coins. Proof-like coins are struck up to two times on numismatic presses. Also called Brilliant uncirculated (BUNC).

SP (Specimen): Special collectors coins struck at the Mint with a frosted/mirror appearance on the design and effigy from 1996 to 2020. Before 1996, if specimen coins have been removed from their protective envelope or original package, it is harder to differentiate them from PL coins. Specimen coins are struck up to two times on numismatic presses. 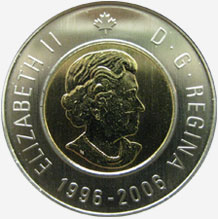 The Royal Canadian Mint was marking the 10th anniversary of the toonie with a commemorative version of the 2 dollars coin. Designed by Ontario artist Tony Bianco, the coin depicts the polar bear in a new pose. Following an online contest, the winning name, Churchill, won with 34 per cent of the total votes, while Wilbert was runner-up with 26 per cent and Plouf placed third with 15 per cent. The name for the Toonie Polar Bear is Churchill. When the Name Our Polar Bear Contest closed on October 5, 2006, 166,635 votes were cast. 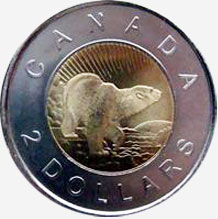