The "Security" 2 dollars coins are manufactured at the Mint's facility in Winnipeg, Manitoba using the same patented multi-ply plated steel (MPPS) technology from which Canada's lower denomination circulation coins have been made since 2001. This technology, by which a steel core is plated with alternating layers of different metals such as copper, nickel and brass, employs far less metals than alloy coins and produces highly cost-effective circulation coins. These 2 dollars circulation coins also incorporates new, visible security features which further enhance the security and integrity of Canada's coinage system. The reverse (or tails side) features a laser mark micro-engraving and also a virtual image and edge-lettering. 2 dollars circulation coin commemorating HMS Shannon, famed for its defeat and capture of the USS Chesapeake and its escort of the American war prize into Halifax harbour. This historic naval battle in June 1813 resulted in the death of 23 Shannon crewmen. Graves of fallen crewmen are marked in the Royal Navy Burying Ground and at the Old Burial Ground, administered by St. Paul's Church in Halifax. Shannon's bell is currently on display in Halifax at the Maritime Museum of the Atlantic. 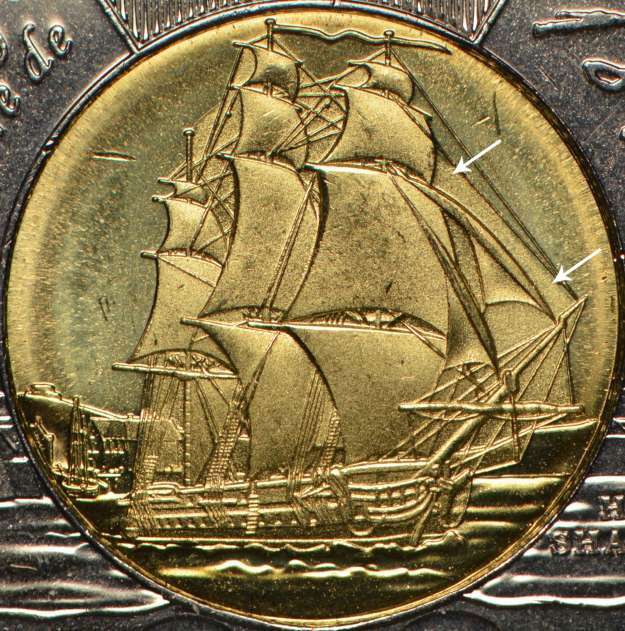