Issued to commemorate the 150 years of Confederation. 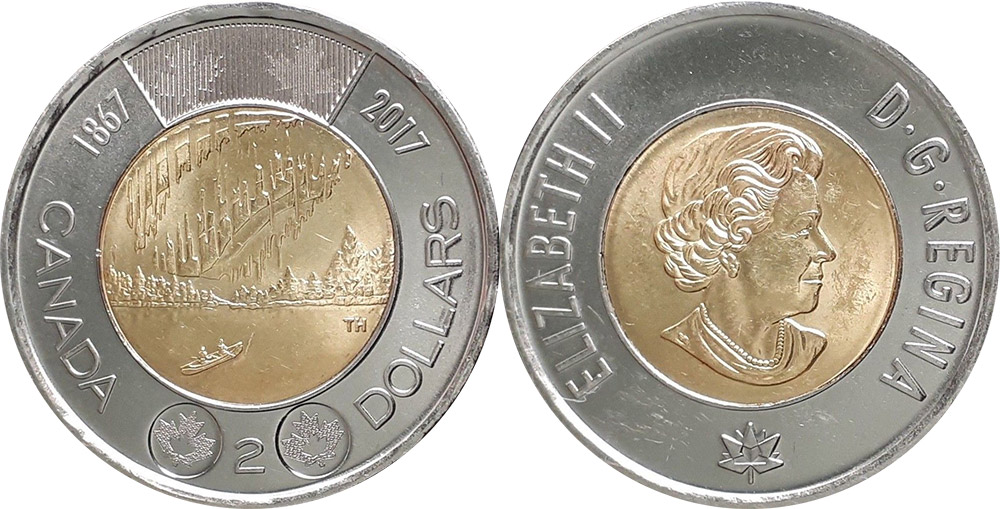 First world circulating coin to glow-in-the-dark. Issued to commemorate the 150 years of Confederation. 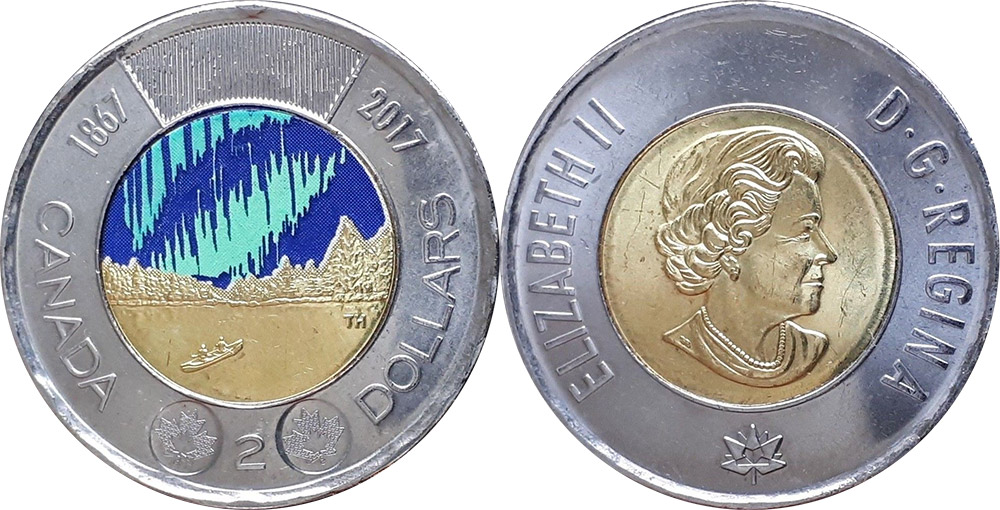 In the spring of 1917, the Allies launched a new offensive on the Western Front, where all four divisions of the Canadian Corps were ordered to capture the heavily fortified Vimy Ridge. For the first time ever, divisions from all across Canada fought side-by-side at the same time to secure victory. This two-dollar coin commemorate the 100th Anniversary of the Battle of Vimy Ridge. Honour the solidarity, bravery and sacrifice of Canadians who fought together to take Vimy Ridge. 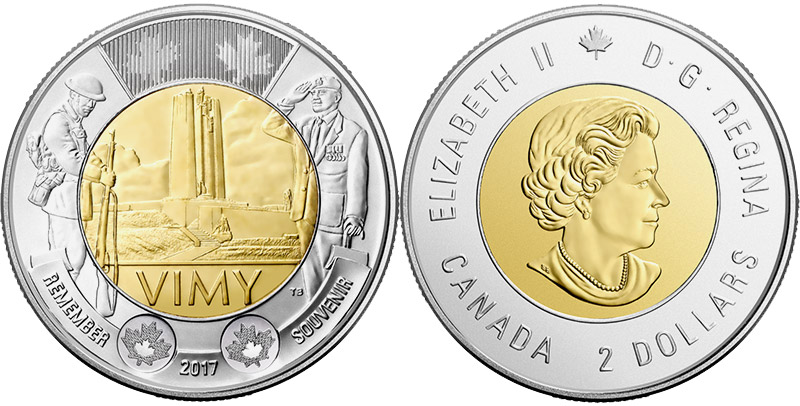