The Falcon Lake Incident of 1967 is remembered on a glow-in-the-dark, ovoid-shaped coin 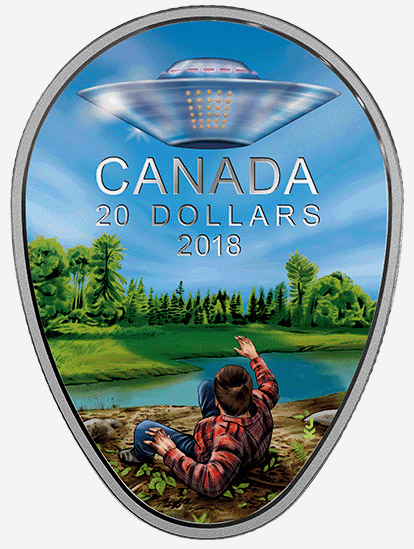 The fascinating tale of one of Canada's most famous UFO encounters, has been brought back to life on the 2018 $20 Fine Silver Coin - Canada's Unexplained Phenomena: The Falcon Lake Incident, the Mint's first shaped coin featuring a glow-in-the-dark effect. The incredible account of amateur prospector Stefan Michalak, who said he witnessed a flying saucer while walking Manitoba woods on May 20, 1967 and was mysteriously burned by a suspected engine blast, is retold in an action-packed, full-colour illustration by artist Joel Kimmel. To complete its dramatic effect, photoluminescent outlines of the UFO, its beam-like blast and the silhouette of an injured Michalak, glow in the dark under black light. This phenomenal keepsake, and many other new arrivals, are now available for purchase. 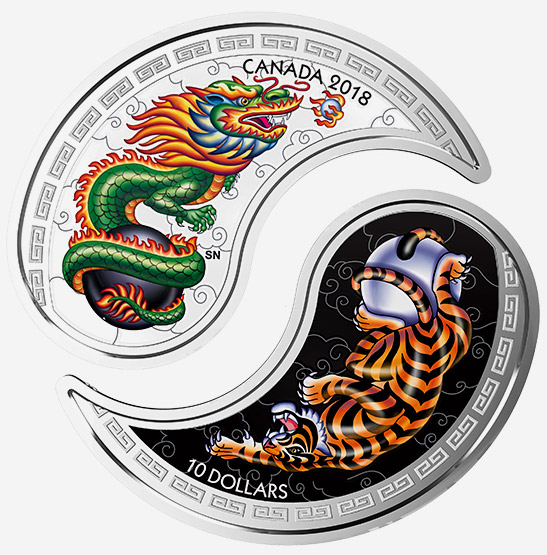 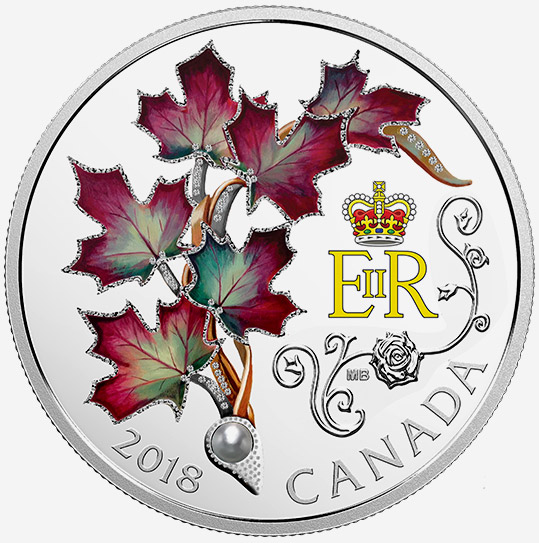 A "cool" innovation can also be found on the 2018 $20 Fine Silver Coin Frozen in Ice - Woolly Mammoths, featuring a frosted ice-like dome covering the coloured portion of Glen Loates' design of majestic creatures from Canada's last Ice Age. This coin is the first in a new series that will celebrate other amazing specimens of our prehistoric wildlife.