The Royal Canadian Mint introduces the $10 Fine Silver Coin Canadian Geographic Photo Contest  Praying Mantis, which features the work of Robert Ganz, the grand prize winner in the fourth annual Canadian Wildlife Photography of the Year contest. The coin and the award-winning photograph which inspired it are the centerpieces of the Canadian Wildlife Photography of the Year exhibit at the Canadian Museum of Nature in Ottawa. This exhibition showcases the work of contest winners from across Canada, from June 8 to August 26, 2012.

The reverse side of the collector coin which captures Mr. Ganz's work features a slender praying mantis clinging to the underside of a tufted grass flower. The sharp contours of the mantis' body starkly contrast the soft texture of the downward-curving plant. This elegantly designed coin has a limited mintage of 7,500 and is composed of 99.99% fine silver. It will retail for $69.95 CAD when it goes on sale July 16, 2012. 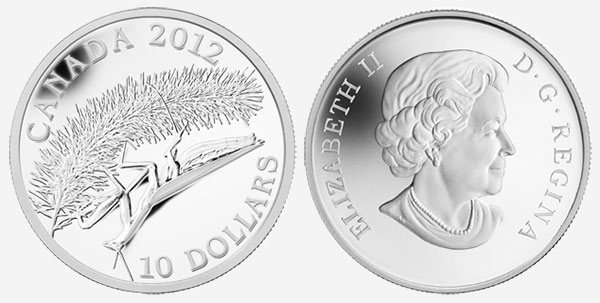 The Royal Canadian Mint is proud to celebrate both our nation's talent and natural beauty by reproducing a stunning Canadian wildlife photograph on an eye-catching collector coin.

The breathtaking moment captured by the lens of Robert Ganz can now live on for the enjoyment of coin collectors and nature lovers world-wide thanks to the crafting of a fine new silver collector coin from the Royal Canadian Mint.

- President and CEO of the Royal Canadian Mint

The Canadian Wildlife Photography of the Year contest attests to the artistry, talent and determination of the photographers who are keen to share with other Canadians their own fascination with wildlife.

As a result of the unique partnership of the Canadian Museum of Nature, the Royal Canadian Mint and Canadian Geographic, Canadians will have unprecedented access to this year's winning photos that are featured in the exhibition, on a collector coin and in the magazine. 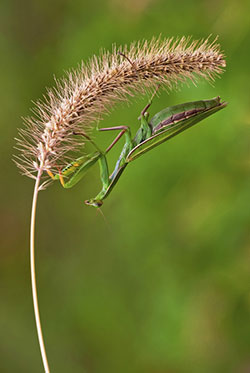