Description: Working hub DDO, Doubling seen as split serifs on most letters of IN GOD WE TRUST, first one in date shows a split serif under the upper left, both the 7 and 2 in date have the same deep open serif, on the 7 it looks like fingers pointing downward, on the 2 to the right of the hit on the tip at the end of the curl, CCW spread seen on L and I of liberty both have a split serif on the top left.

Marker: Obverse Full leg R of liberty, Stage A has no clash, Stage B clashed die in the eye socket still evident, stage B also shows die abrasion to remove evidence of the clashing of the dies. marker seen on the back of the head in-line with the ear. Reverse marker for this working die comes directly from a master hub, this hub is recognized as 1972 P with the Type 3 reverse, a die break in the shape of a dot seen on the right side marker area ( Die break marker also seen on 1974 D reverse ) also rough surface just behind the dot, I have seen this marker change slightly from working die to working die do to die stage and die abrasion. 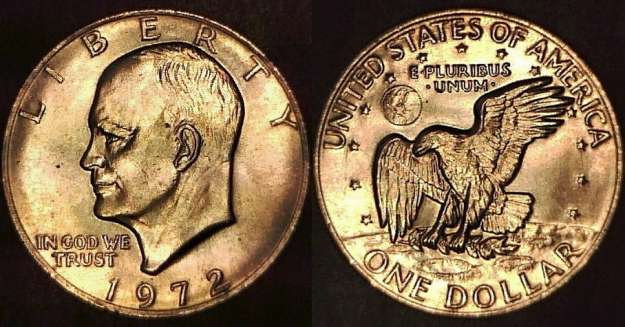 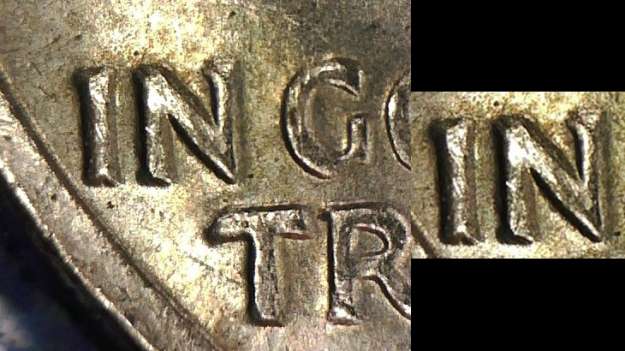 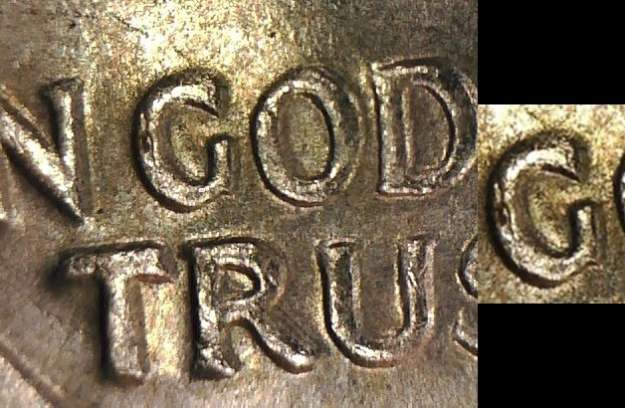 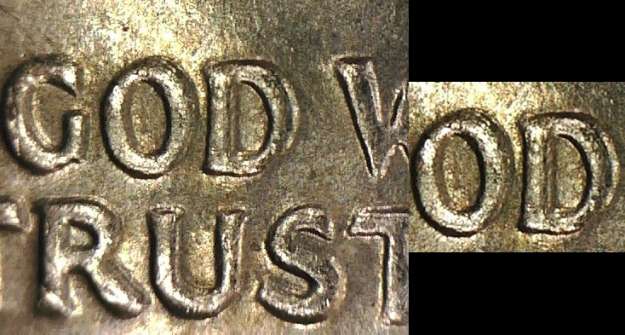 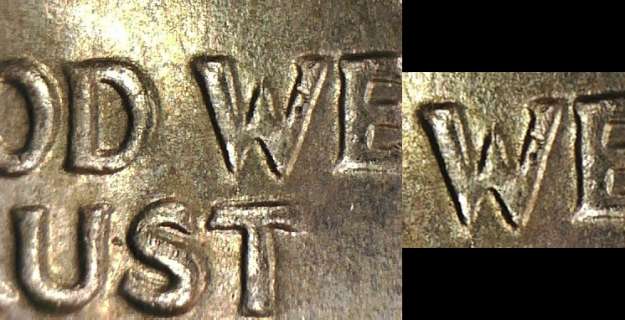 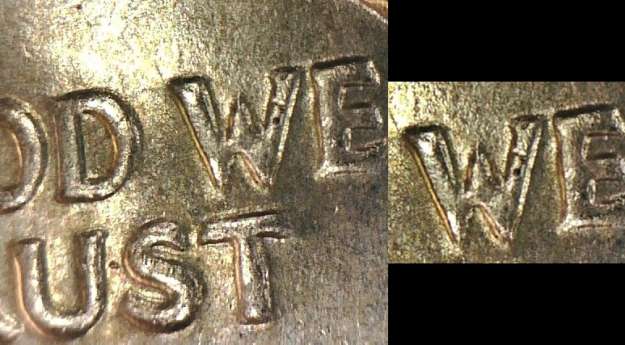 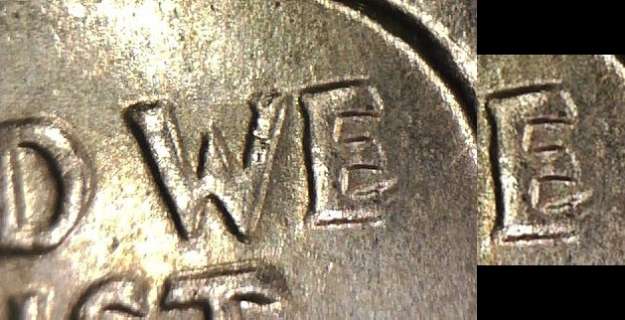 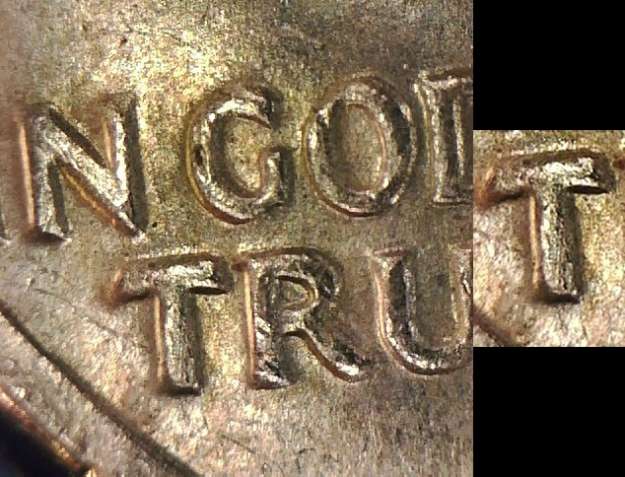 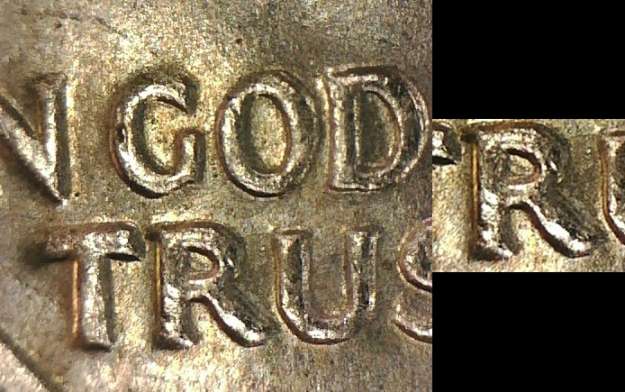 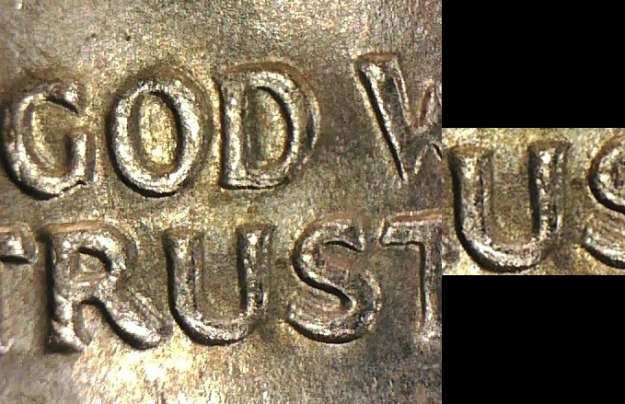 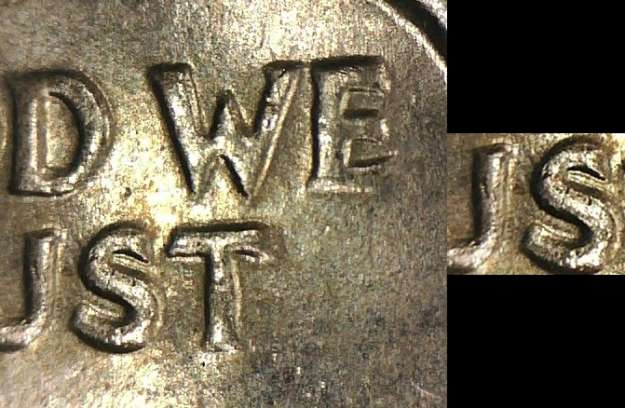 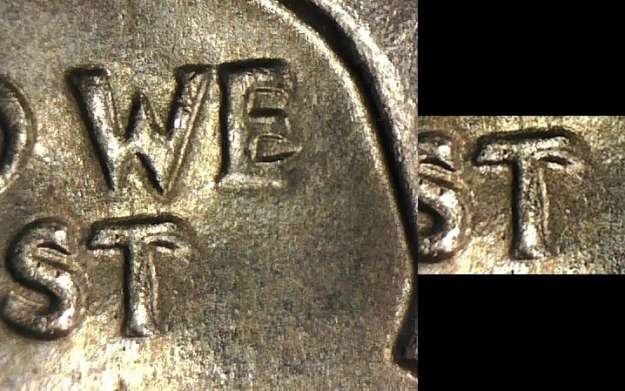 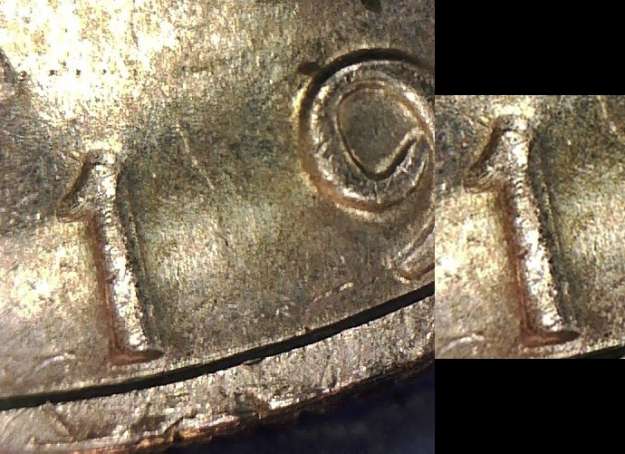 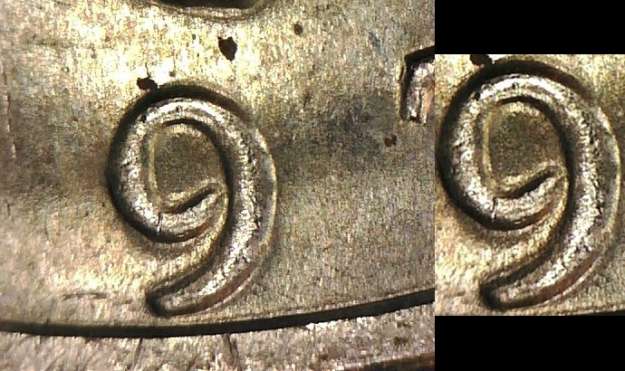 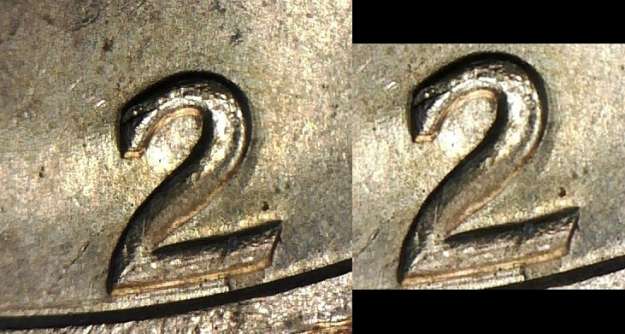 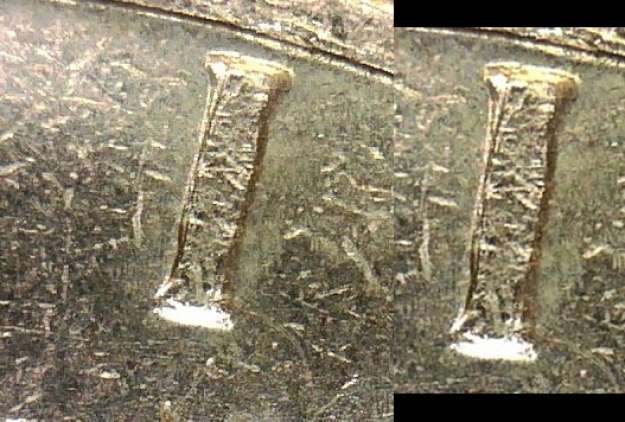 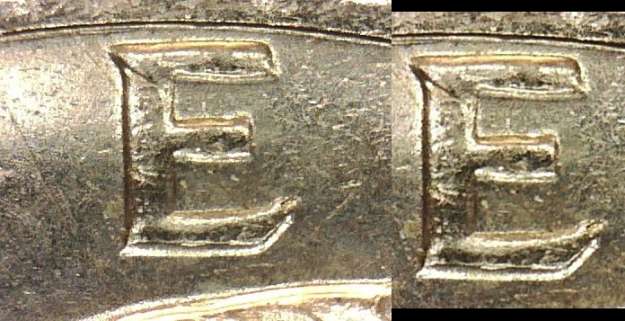 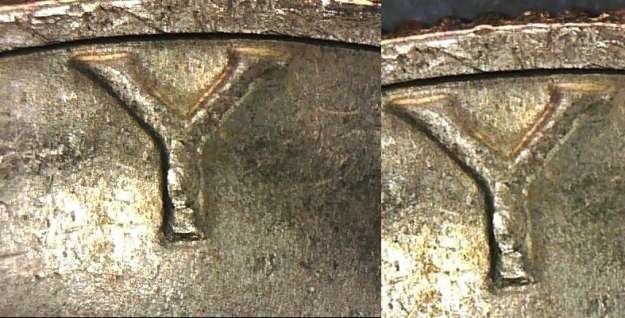 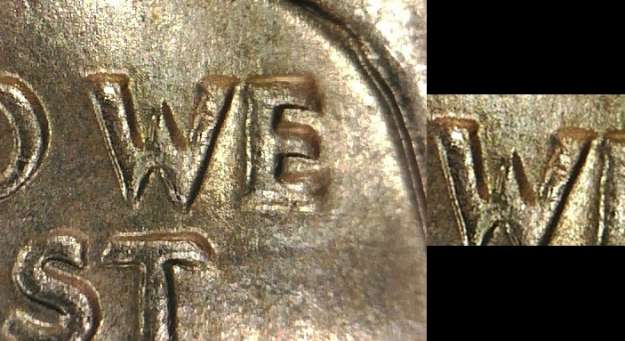 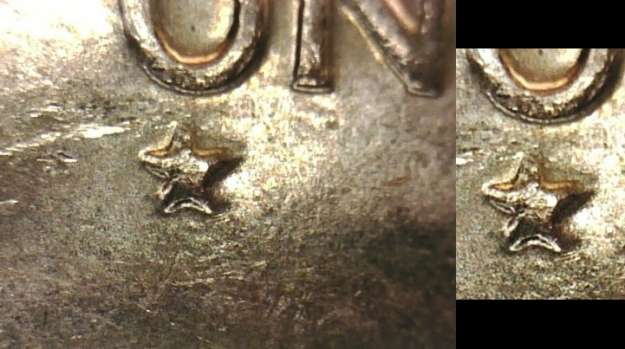 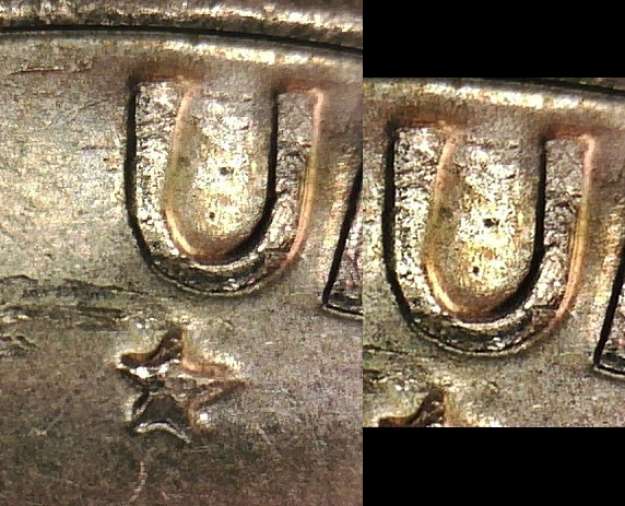 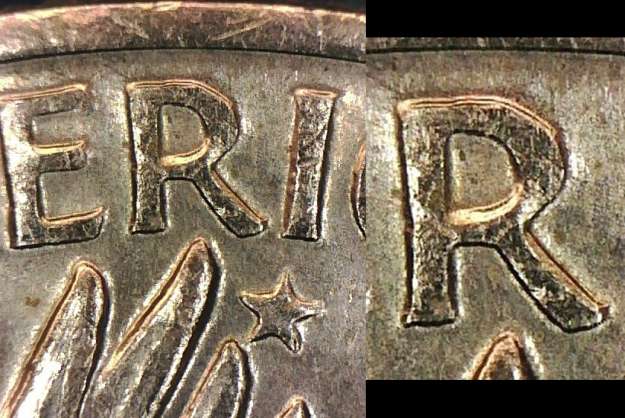 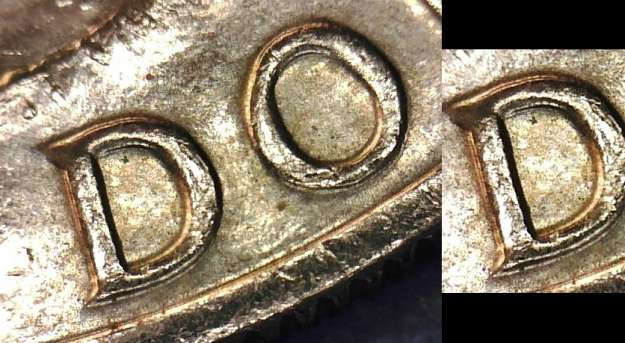 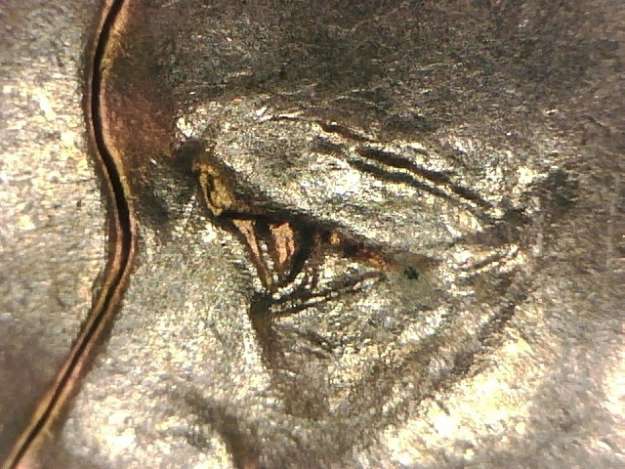 Rick Stachowski wrote:Thanks COINWATCHER, had it at a local coin show yesterday, (11/29/2013) with the 1974-Ds too, potter love them, now I have to decide who to send them too, coneca, or IDDD