You are: Home » Tokens and medals » Colonial and pre-confederation tokens » Newfoundland

Newfoundland, like other parts of British North America, suffered from a chronic shortage of small denomination coins during much of its early history. The British government made no effort to provide a local currency and the islanders had to make do with an insufficient supply of badly worn foreign coins. Finally, as had happened elsewhere, the local merchants decided to take matters into their own hands. 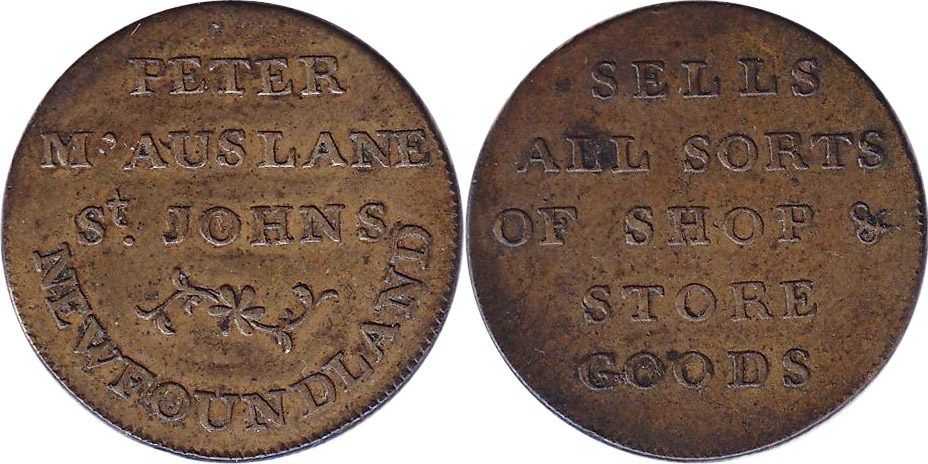 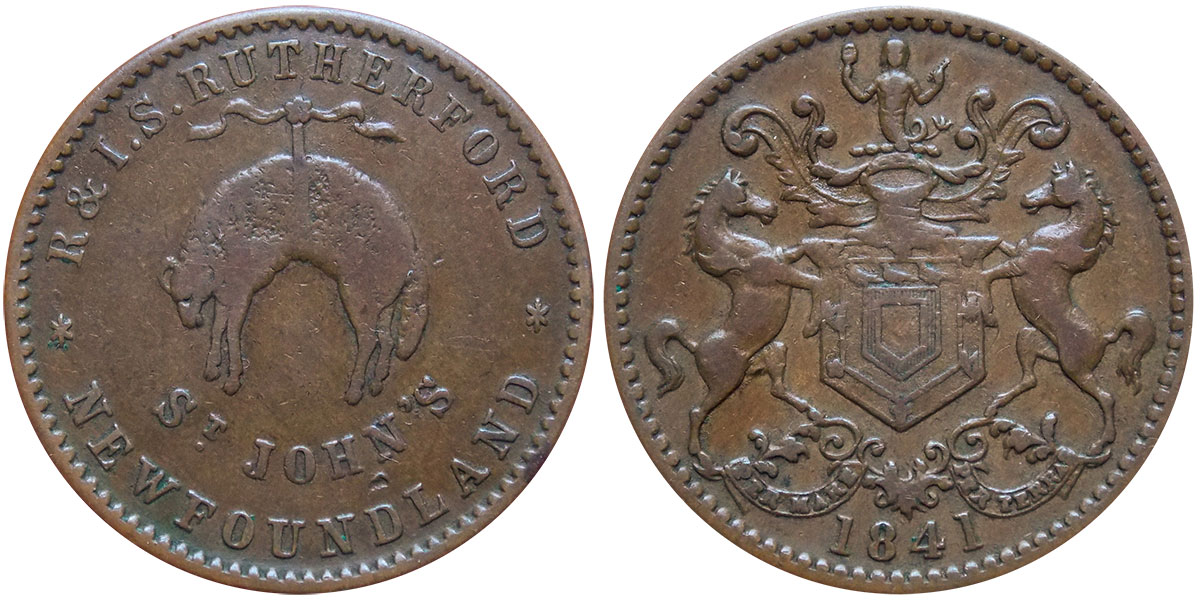 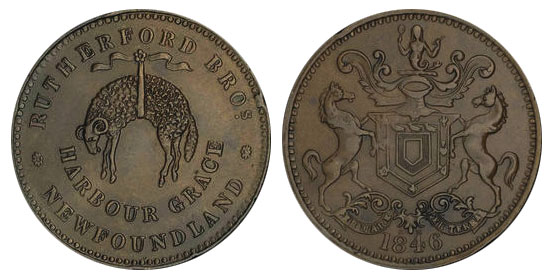 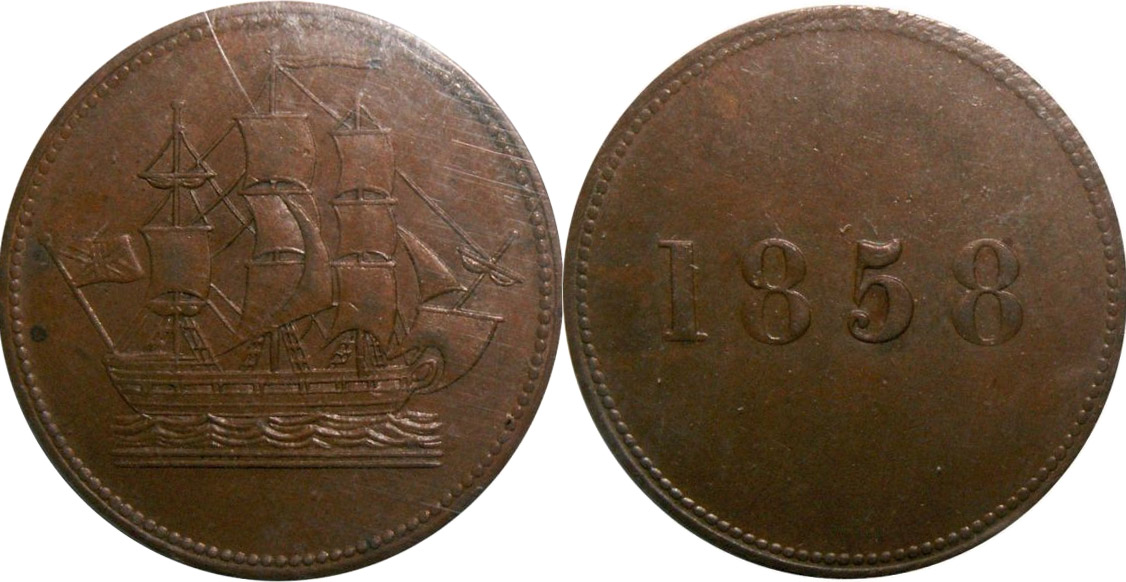