You are: Home » Tokens and medals » Colonial and pre-confederation tokens 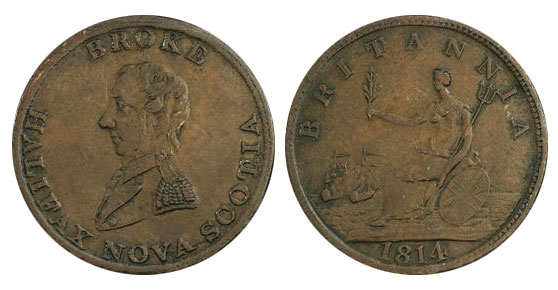 Broke was commander of the Frigate Shannon that captured the United States war vessel Chesapeake off Boston Harbour on the first of June 1813, and on the 6th of June he brought his prize into the port of Halifax. As this most important naval action of the war of 1812-14 followed a number of defeats, Broke was feted during his stay in Halifax.