Tokens redeemable for a set value of merchandise. Inscriptions often read good for x cents in merchandise or trade. In lieu of cash or credit, general merchants distributed tokens in payments to local suppliers, thus removing the need to keep detailed account books.

Suppliers accepted these tokens because merchants discounted their value, and merchants also sold tokens to customers in exchange for credit notes that could be negotiated at the bank for immediate cash.

When road and transportation improvements (after World War I) encouraged an outlook beyond the local community and reduced the incentive to purchase or sell supplies at home, the use of merchant tokens declined. 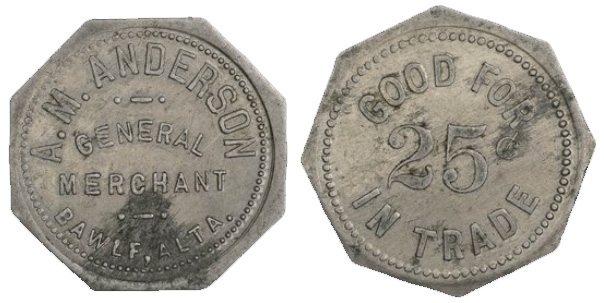 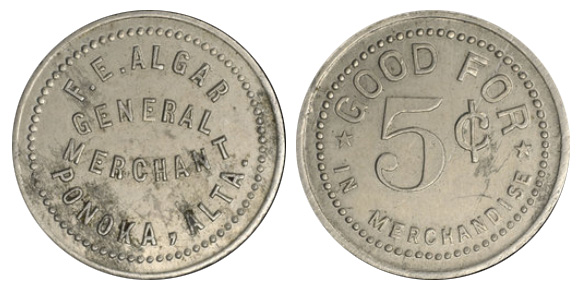 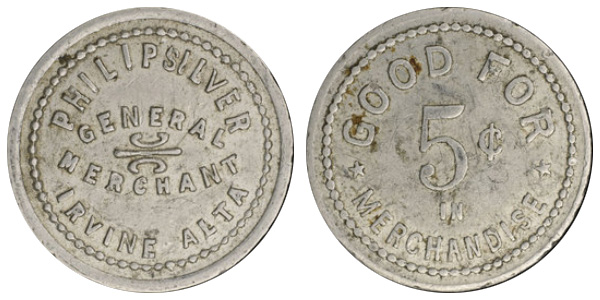 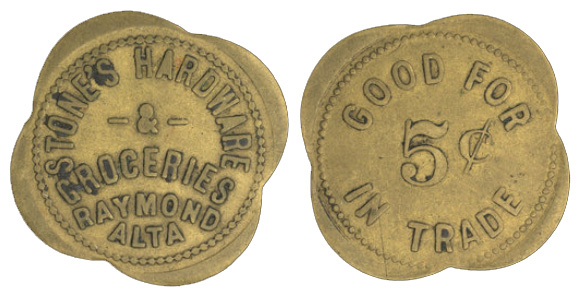 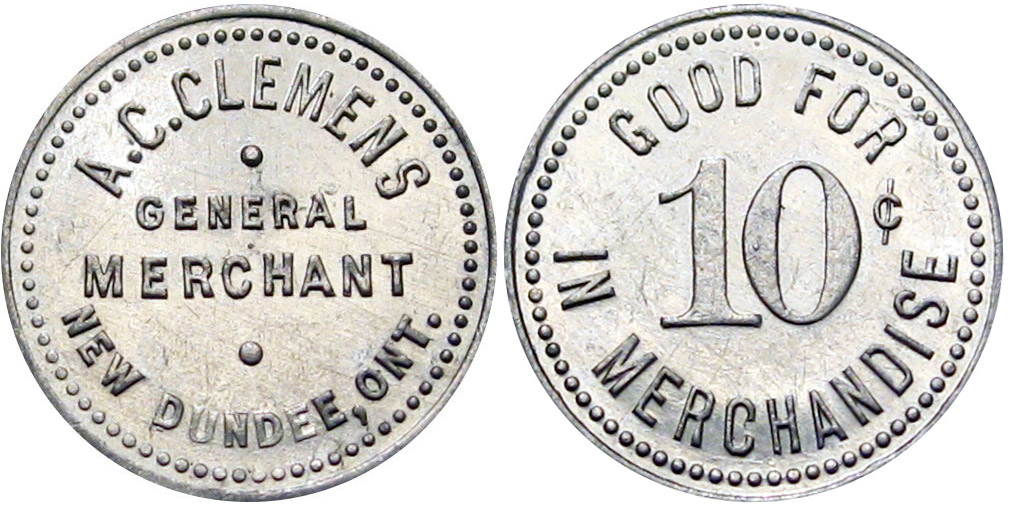 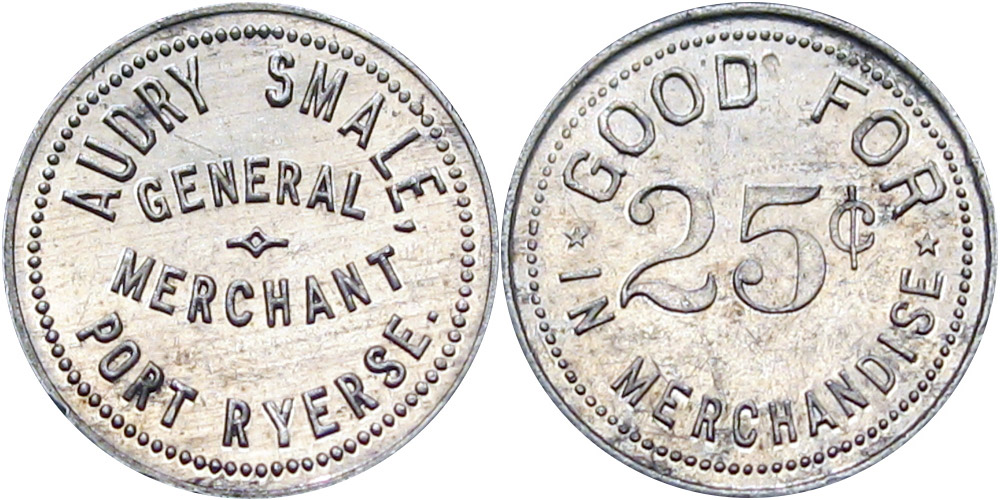 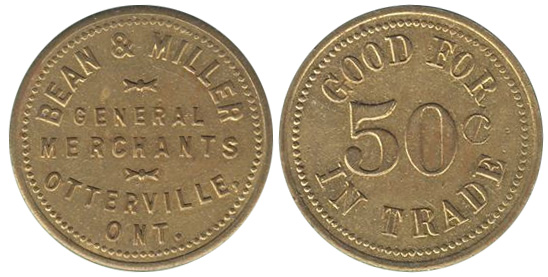 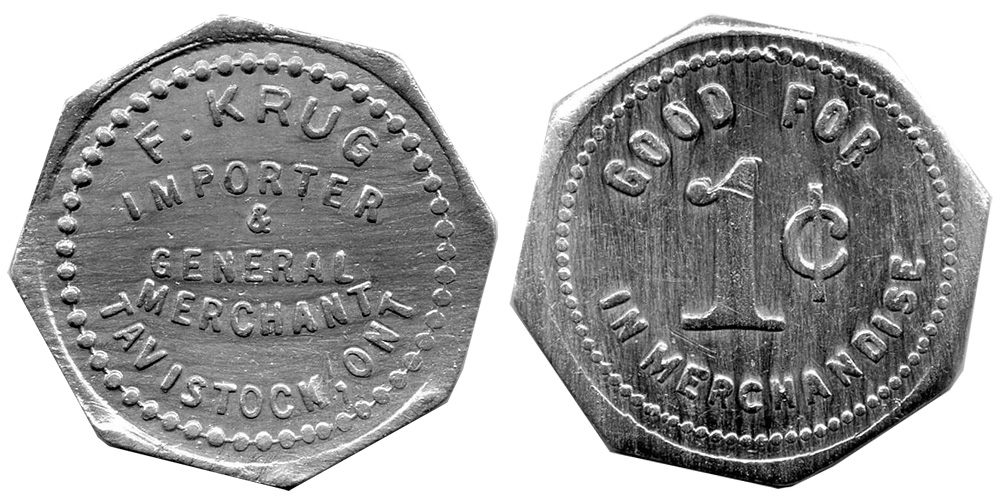 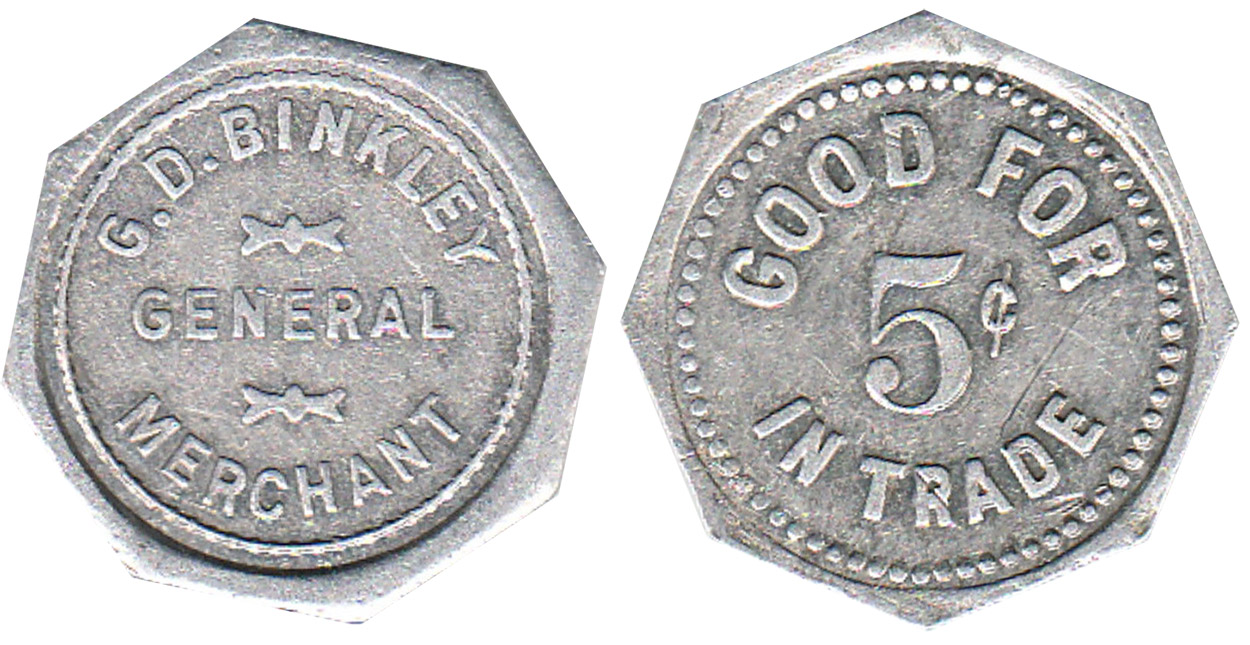 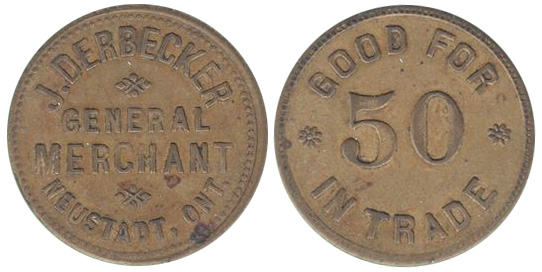 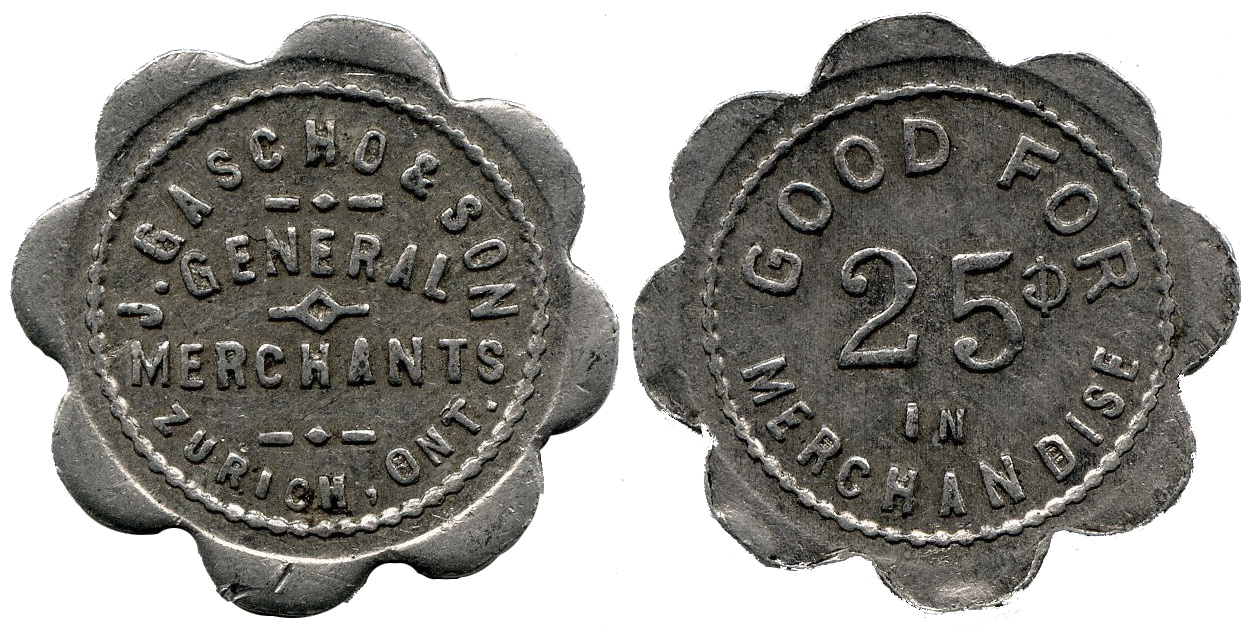 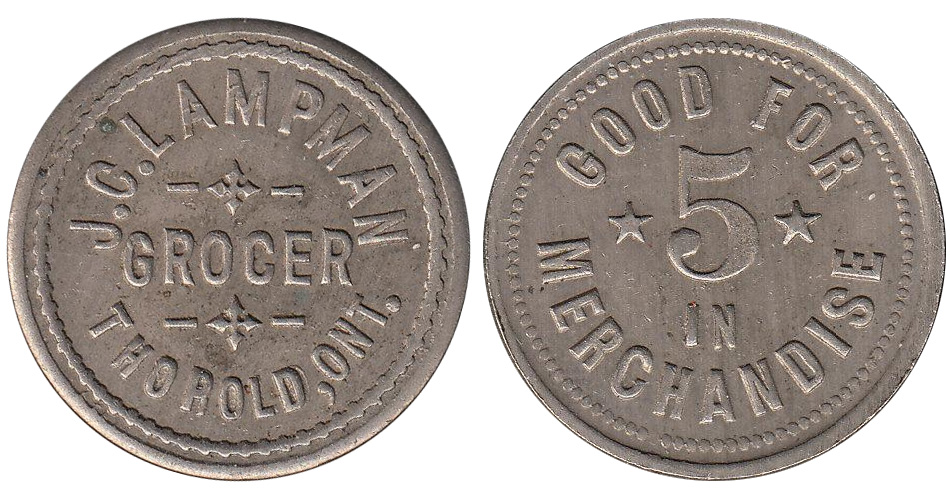 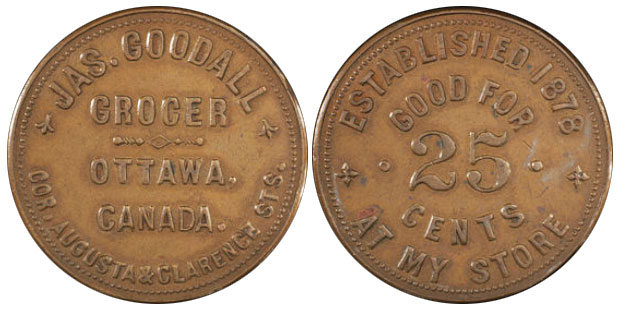 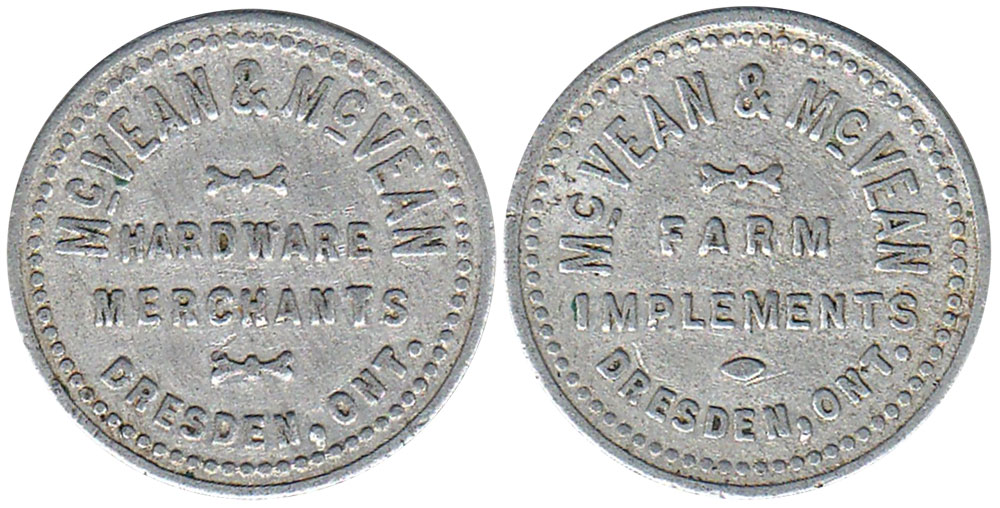 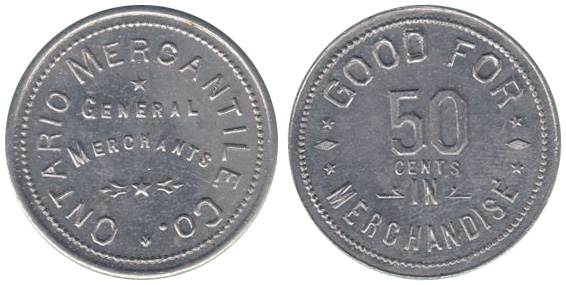 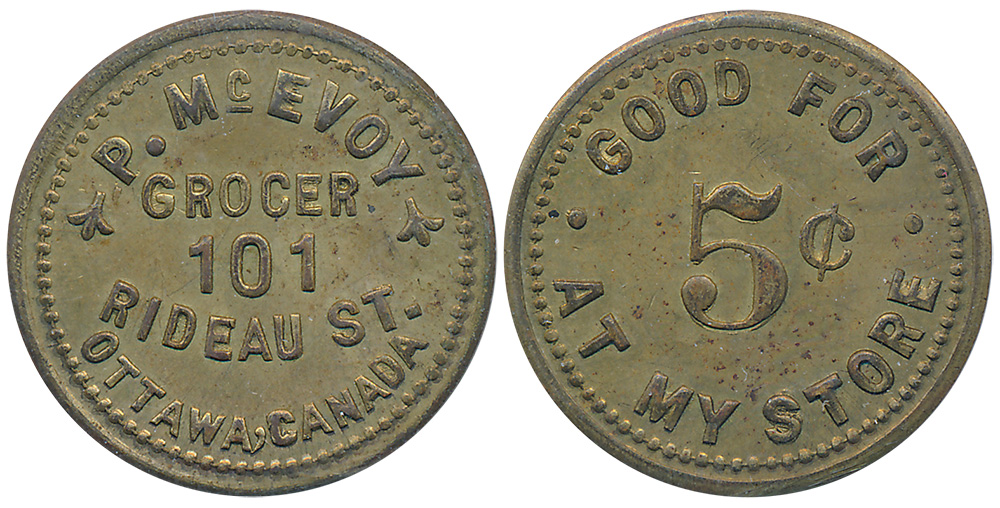 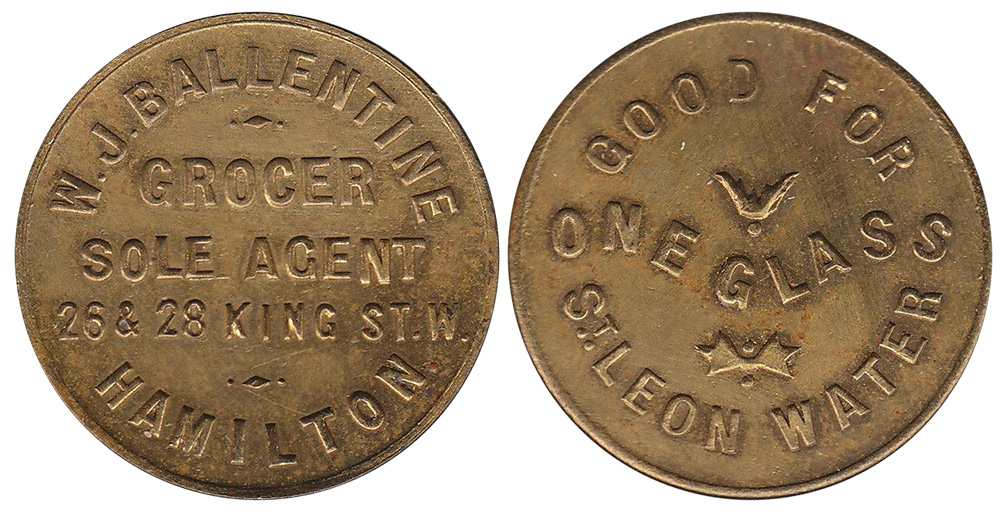 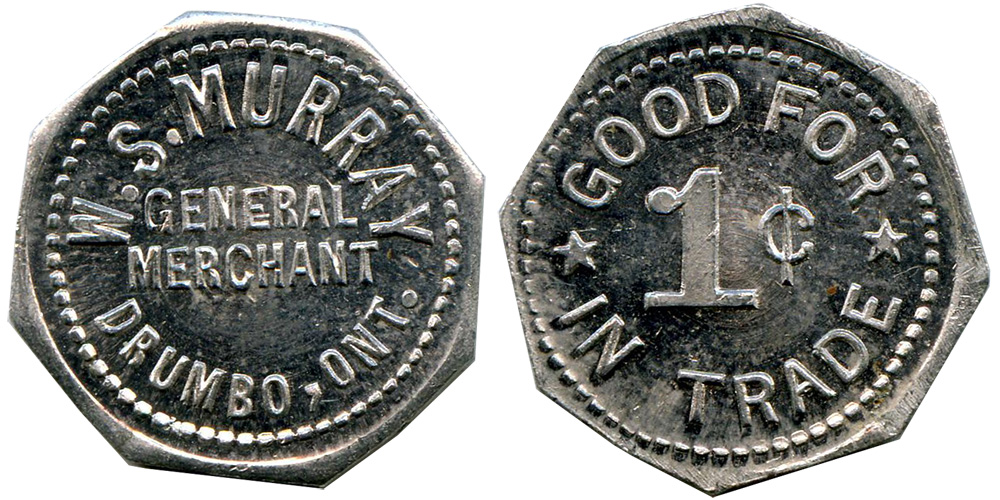 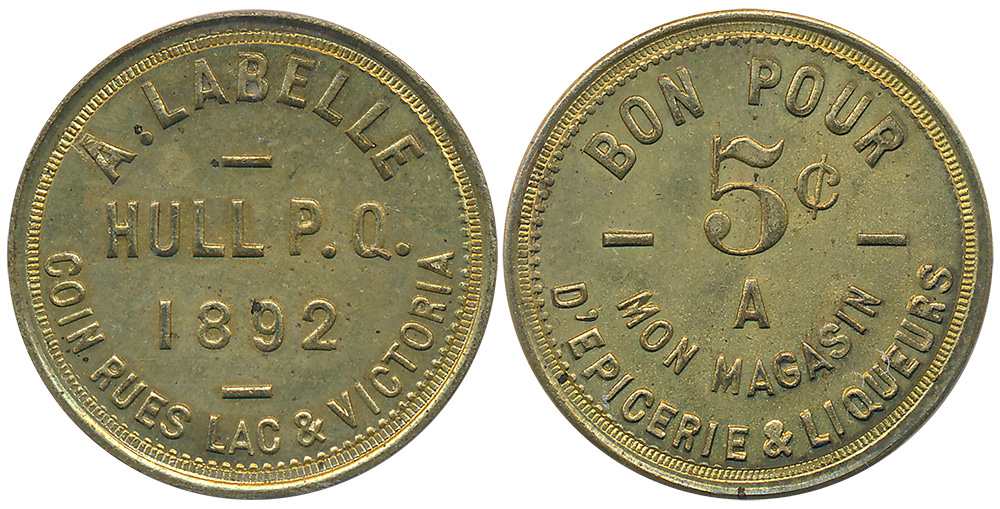 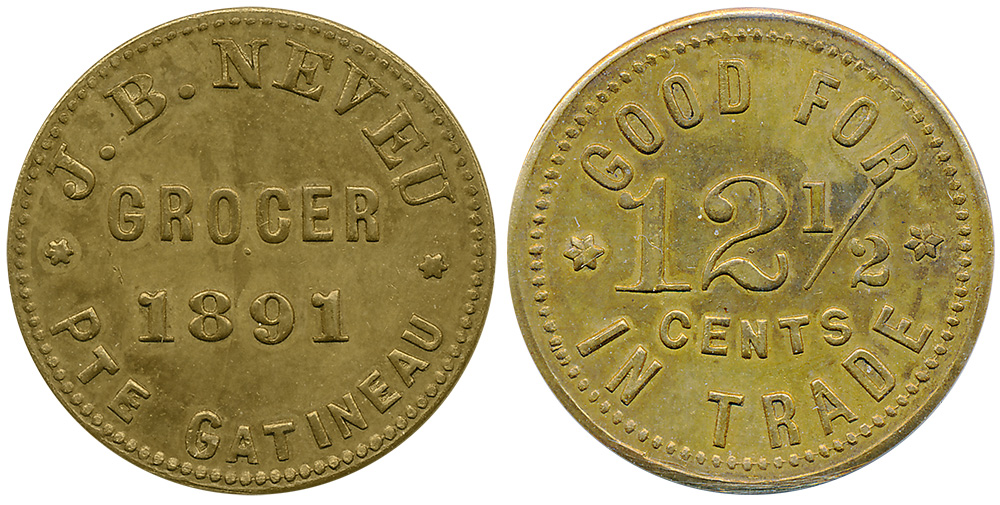 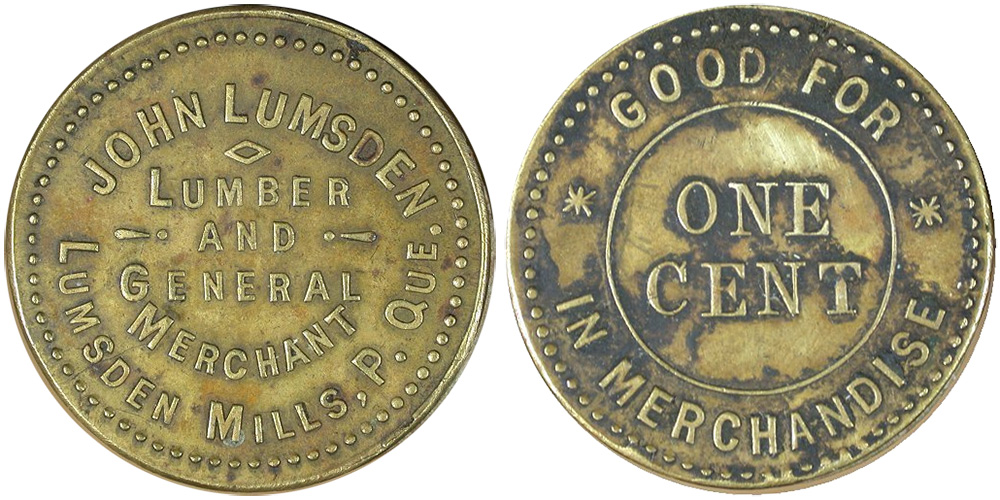 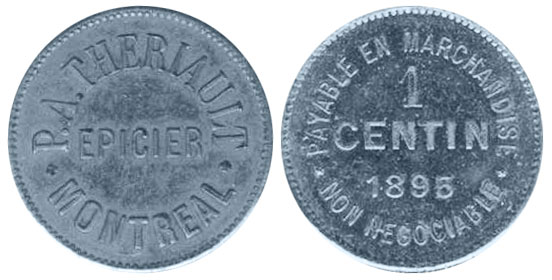 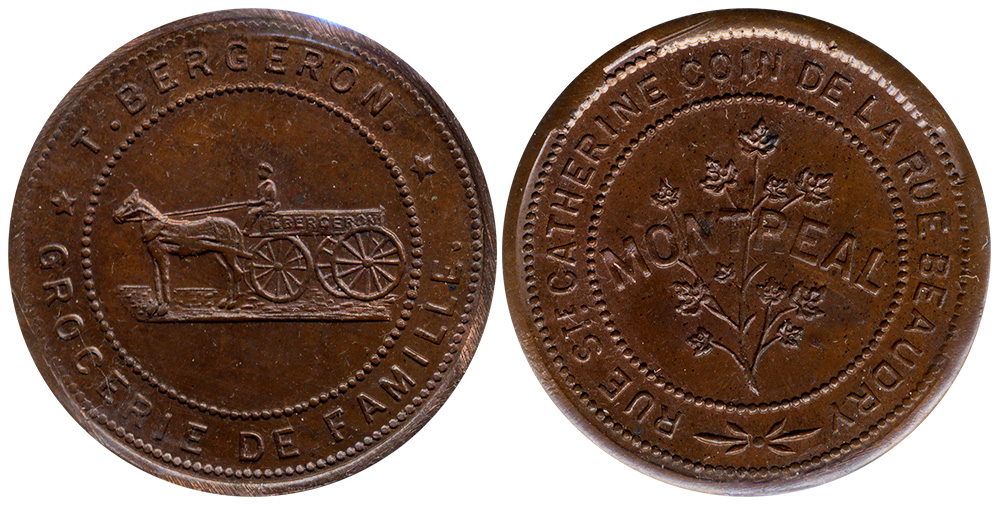 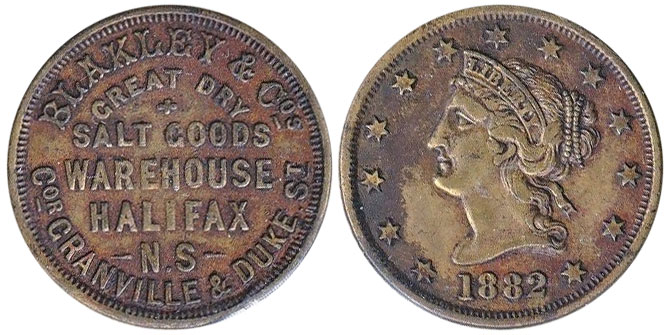 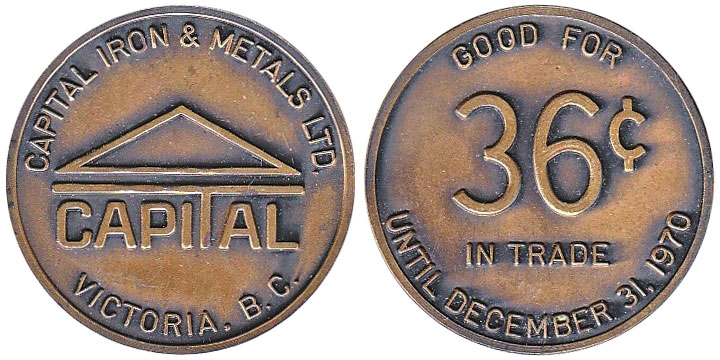 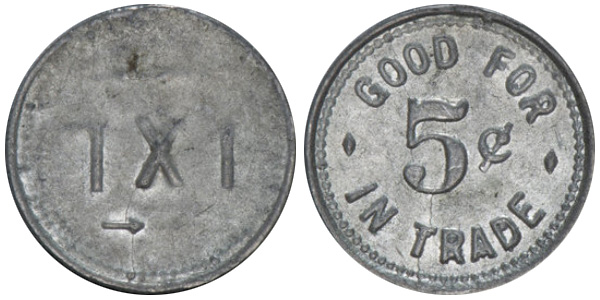 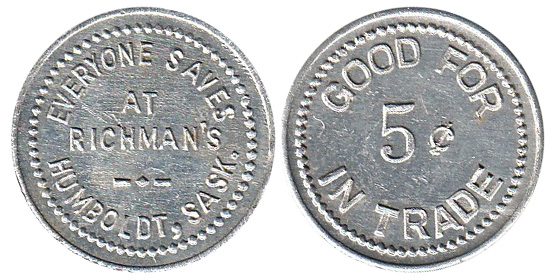 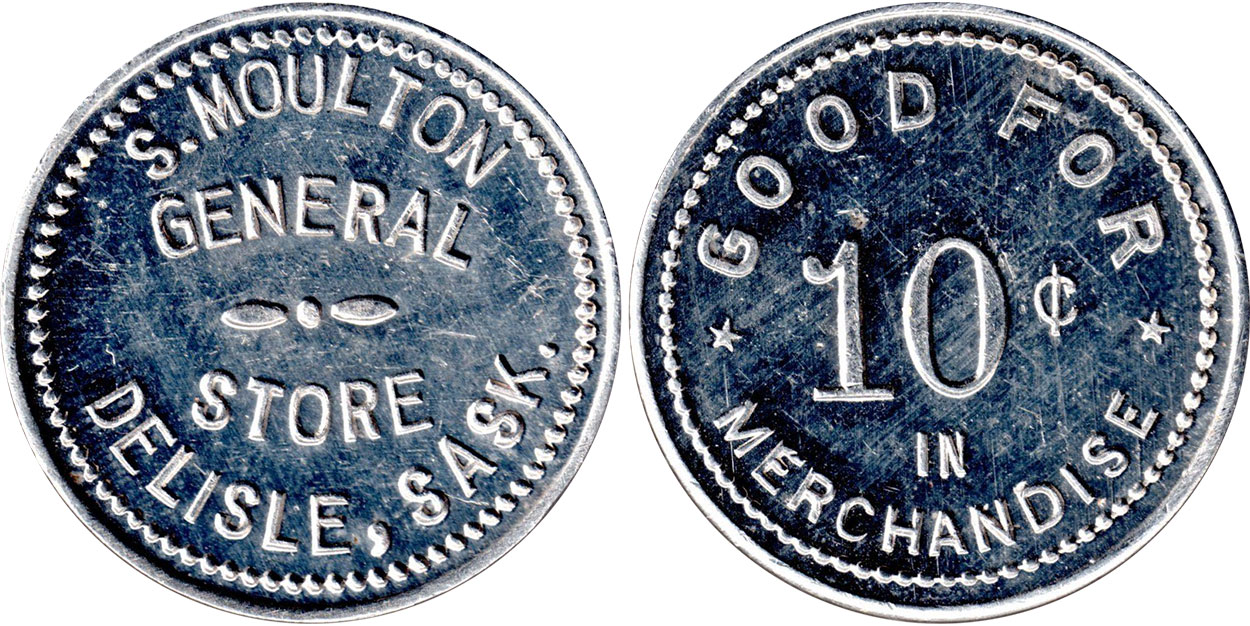 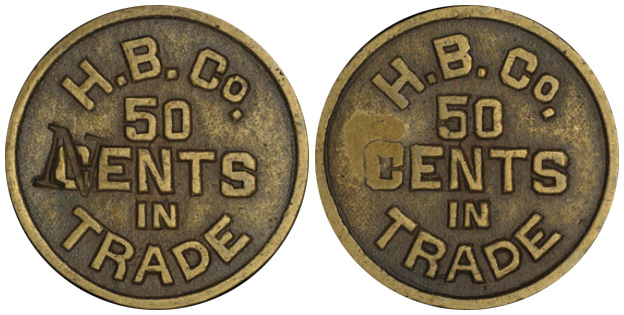 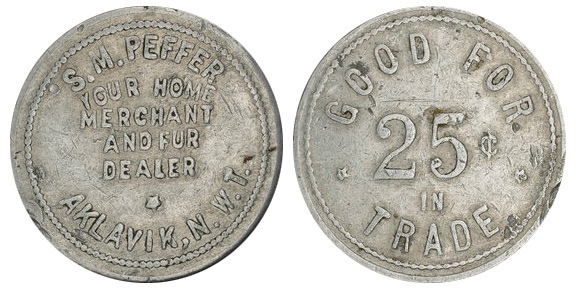