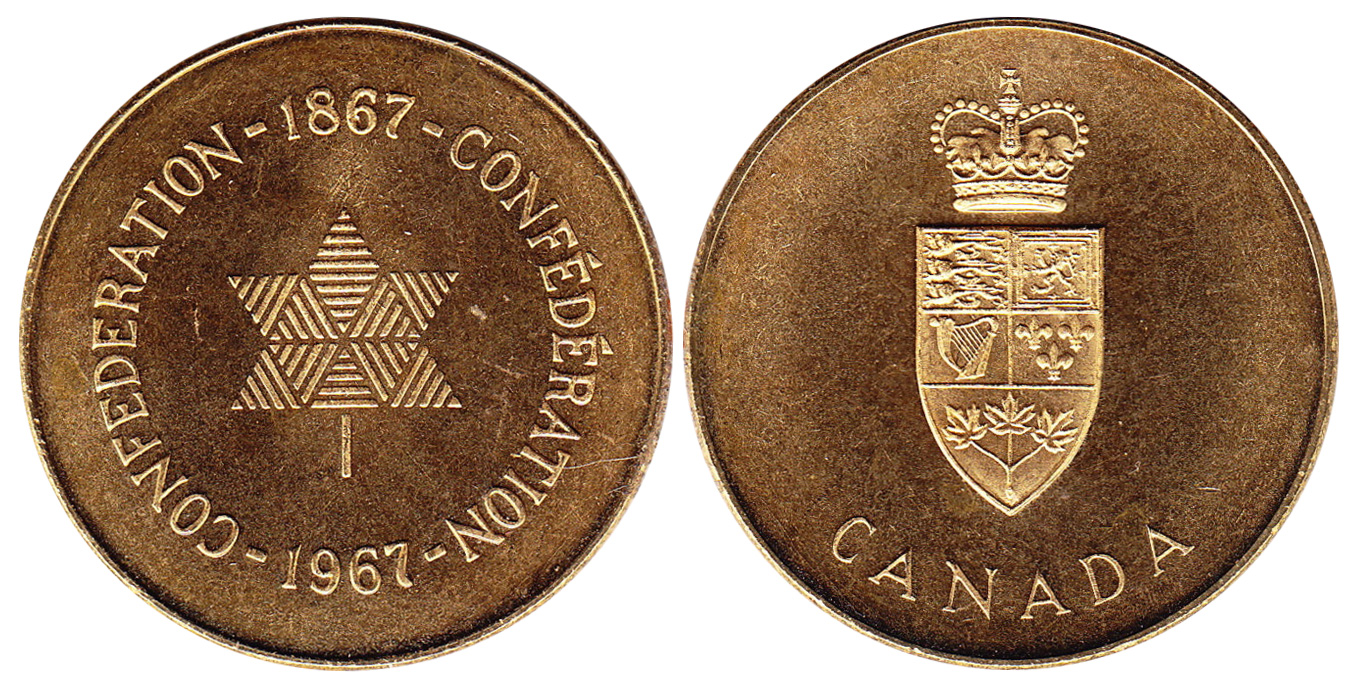 Hundreds of thousands of this medals were distributed in schools in 1967 across Canada to celebrate the 100th anniversary of the canadian confederation. The silver variety was awarded to Canadians who went beyond the call of duty and provided valuable service to Canada. The silver medal was also available in Proof-Like ans Specimen sets while the brass one was normally distributed in a protective plastic seal.

The Shield of Canada reflects the royal symbols of Great Britain and France (the three royal lions of England, the royal lion of Scotland, the royal fleurs-de-lis of France and the royal Irish harp of Tara. On the bottom portion of the shield is a sprig of three Canadian maple leaves representative of Canadians of all origins. 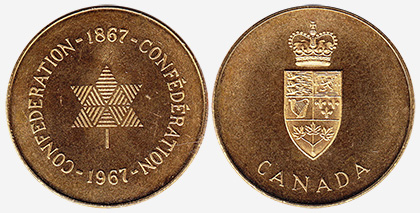