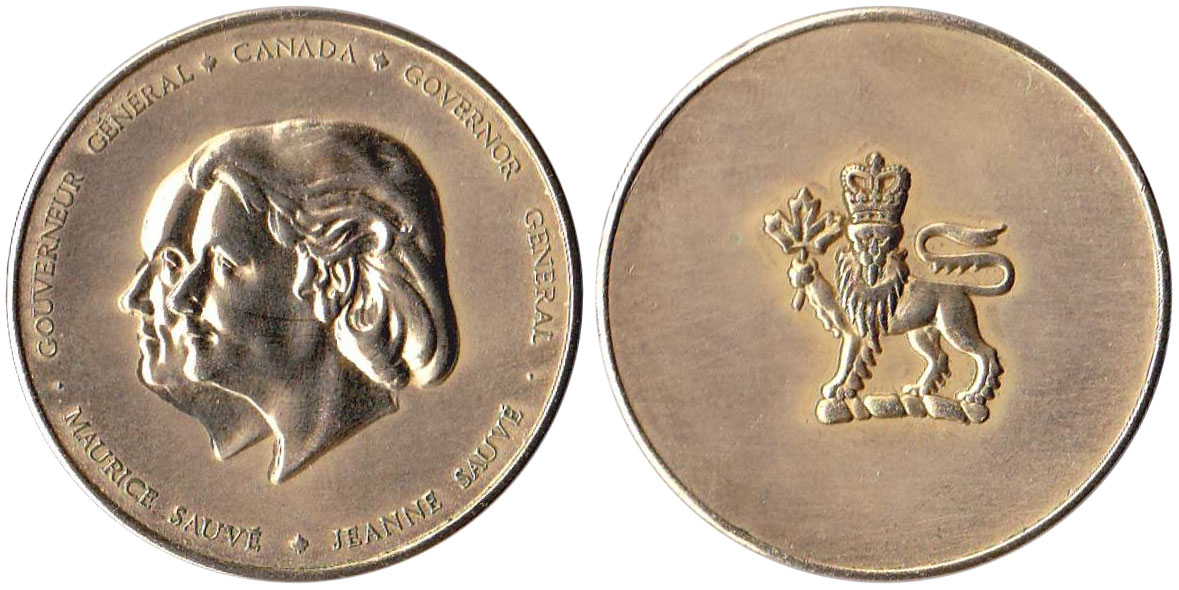 Portraits of Madame Sauve and her spouse Maurice.

Each Honourary Aide de Camp received this commemorative token, a portrait photograph and thank you letter for service as her Madame Sauve Aide de Camp. This token was upon Madame Sauve stepping down from office.