You are: Home » Tokens and medals » Transportation tokens » Toronto Transit Commission - 1966 to 2007 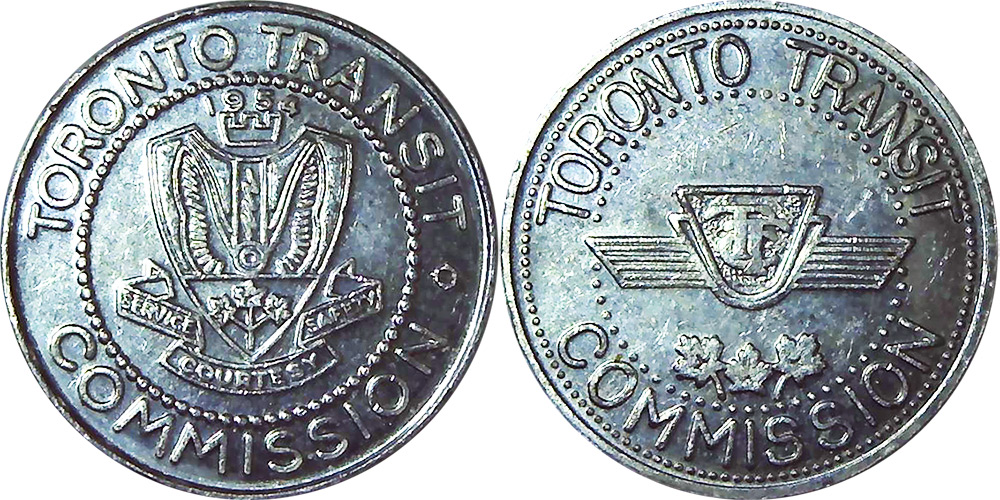 This token replaces the one used since 1954. In 1968, for the extension of the Bloor-Danforth subway, a commemorative brass token was also produced in small quantities and was kept in circulation for a limited time.

In 1975, the metal used became aluminum, maintaining the same design as 1954 token. Starting November 2006, a new bi-metallic token was put into production especially to prevent counterfeiting, replacing the 30 million tokens in circulation. 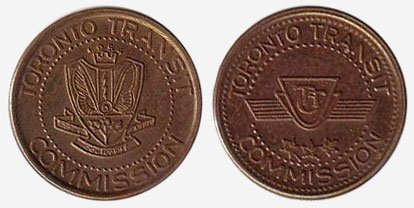