This type of coins produced by the Royal Canadian Mint are not intended for circulation, despite the fact that their composition is identical to the coins produced for circulation. The grades given by TPG on these coins never go below PL-60, since the appearance of a PL coin with less wear than this is generally no longer distinguishable from a circulation coin. Proof Like Coins are generally sold in Pliofilm brand plastic envelopes, but can still be in circulation since these packages are sometimes opened by collectors – sometimes for certification purposes. The term UNC is used by CCCS to designate modern PL coins.

The Royal Canadian Mint strikes these coins with new dies to obtain a better finish than the circulation coins.

Coins with a mirror/frosted design and effigy. 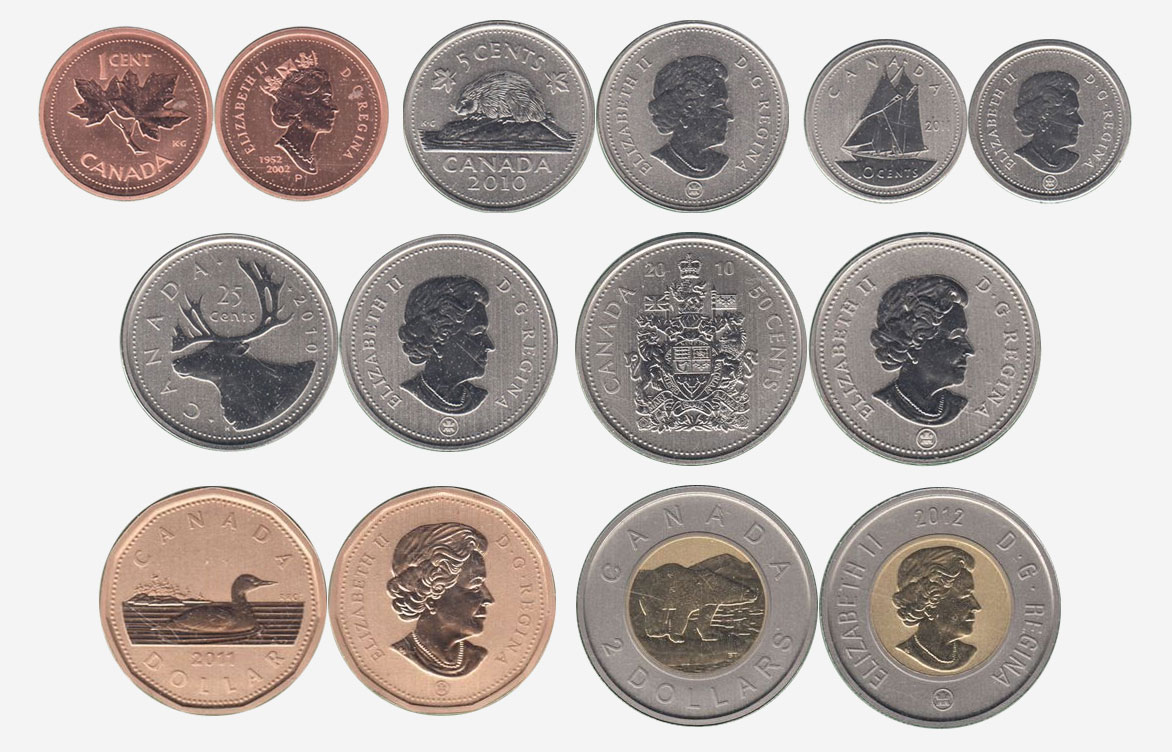 Planchets of these coins were polished before struck (usually struck twice for higher quality). The field of Proof coins wear a cameo aspect. 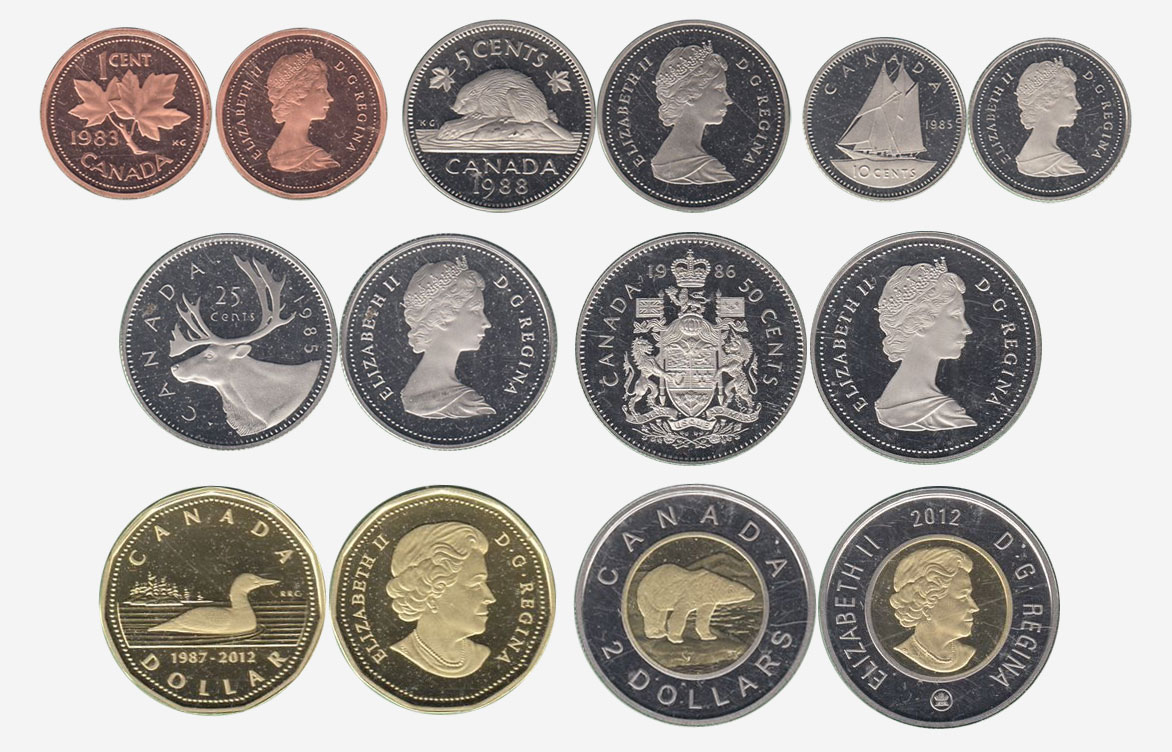 Refers to a coin not produced for circulation.

Early in 2020, the Royal Canadian Mint started to sell a set with five 2020 25-cent caribou design with various finishes that has appeared since 1937: Brilliant Uncirculated, Proof, Reverse Proof, Matte, and Specimen.

All five coins feature Emanuel Hahn's classic 25-cent circulation coin design. Each reverse shows the familiar profile view of a caribou in one of five different coin finishes. The obverse features the effigy of Her Majesty Queen Elizabeth II by Susanna Blunt.

All shine and no frosting (matte/textured engraving). The hot off the press look of a newly minted circulation or PL coin. 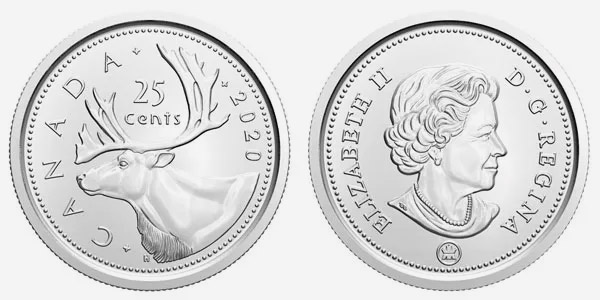 Like artwork on a mirror. Frosted relief (engraving) stands out against a high-shine field (background). 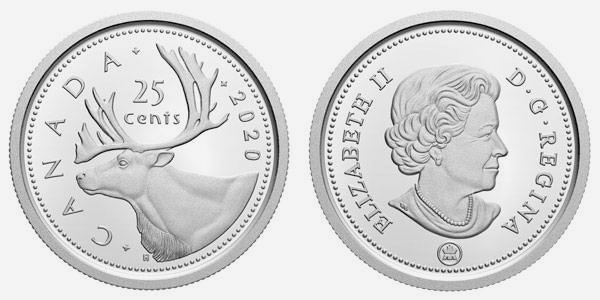 A satin version of a Proof finish. The field still shines but it's not as reflective. This gives the coin a slightly more aged appearance. 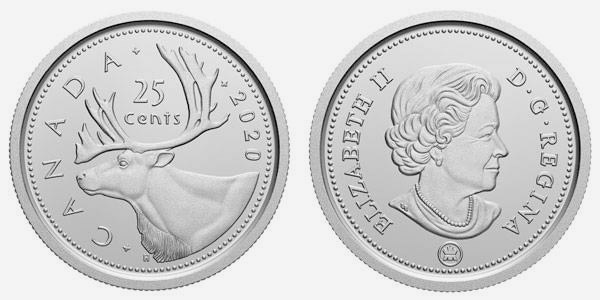 he opposite of Proof–a high-shine image on a matte background. Think of it as a portrait with all the light focused on the subject. 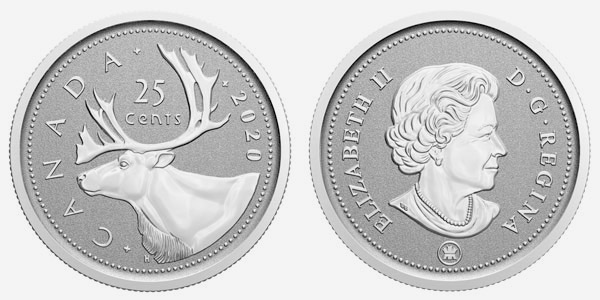 A mix of frosted and high-shine engraving on a lined/matte background. 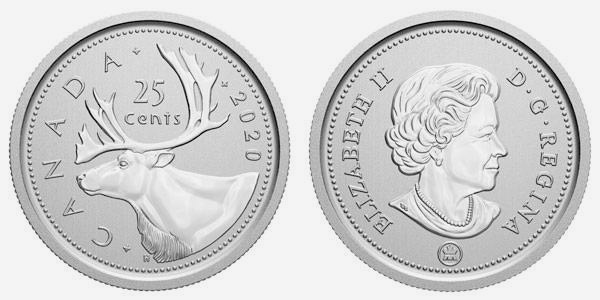