Publications on tokens and medals of Canada - Coins and Canada

You are: Home » Tokens and medals » Publications

Publications and archives on canadian tokens and medals

This section will present various publications and documents written by mostly deceased authors.. 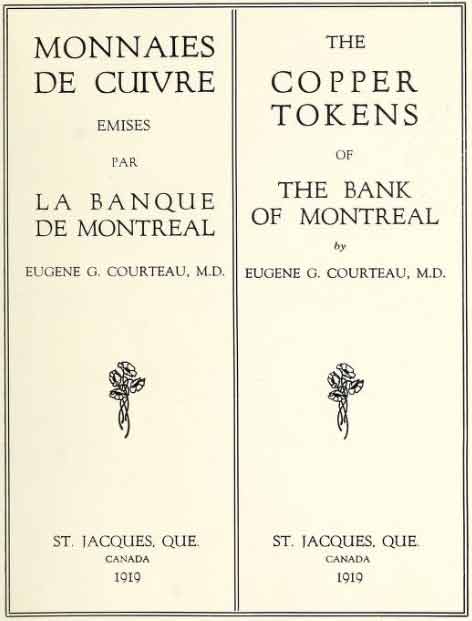 The Copper Tokens of The Bank of Montreal

It is with great pleasure that I attempt to compile a list of the Bank of Montreal copper tokens, especially at a time commemorating the centenary of the foundation of one of our greatest - if not the greatest - financial institutions.

At the dawn of the 19th century, Commerce and Industry in Canada increased considerably, especially in the town of Montreal. The Molson family added much to the development of trade in being the first to inaugurate steam navigation on the St. Lawrence river, and ever since, the name of that progressive family has been associated with commercial enterprises. 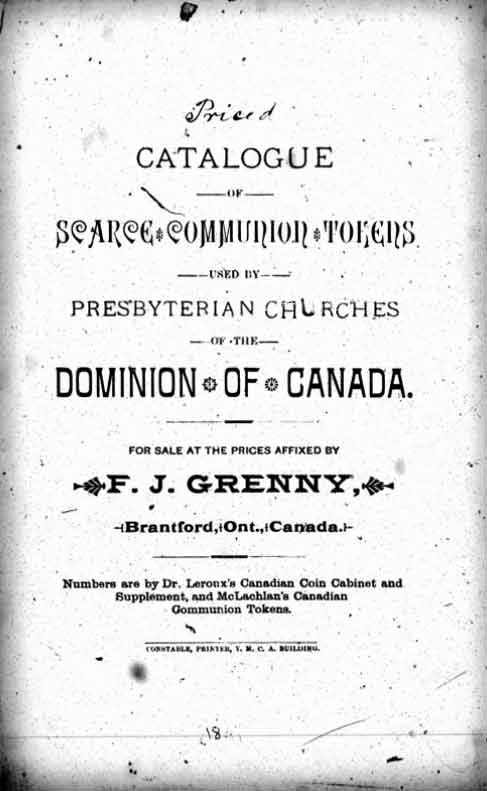 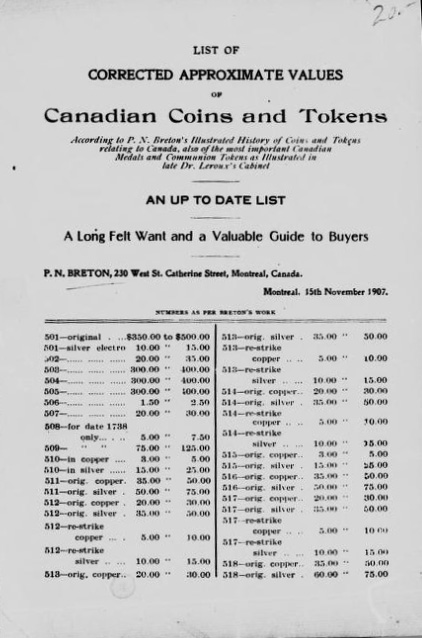 List of corrected approximate values of canadian coins and tokens

According to P.N. Breton Illustrated History of Coins and Tokens relating to Canada, also of the most important Canadian Medals and Communion Tokens as Illustrated in late Dr. Leroux Cabinet. 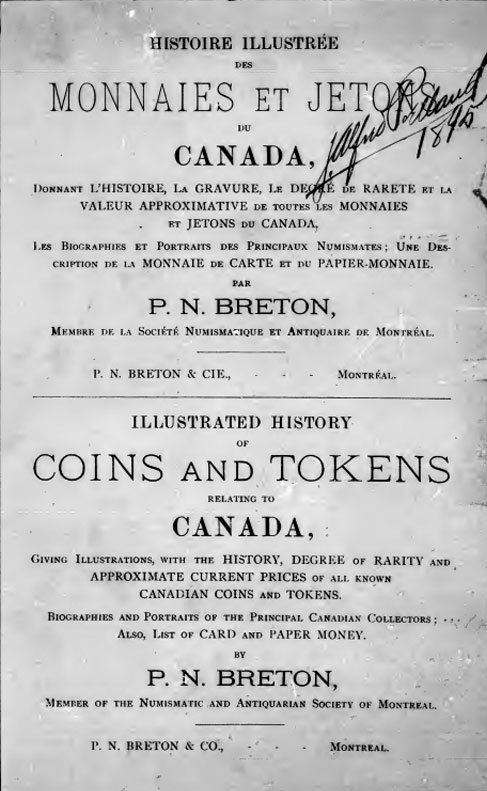 Illustrated History of Coins and Tokens relating to Canada

When in 1890, my first work was issued, I had no expectation that it, a small pamphlet giving engraving only, would have run through two editions numbering 5,000 in all. This success has encouraged me to write the HISTORY OF THE COINS AND TOKENS OF CANADA, Which cannot help but be useful to all classes, for, as has been said, The money of a people is its history, all the people should become acquainted with this history. 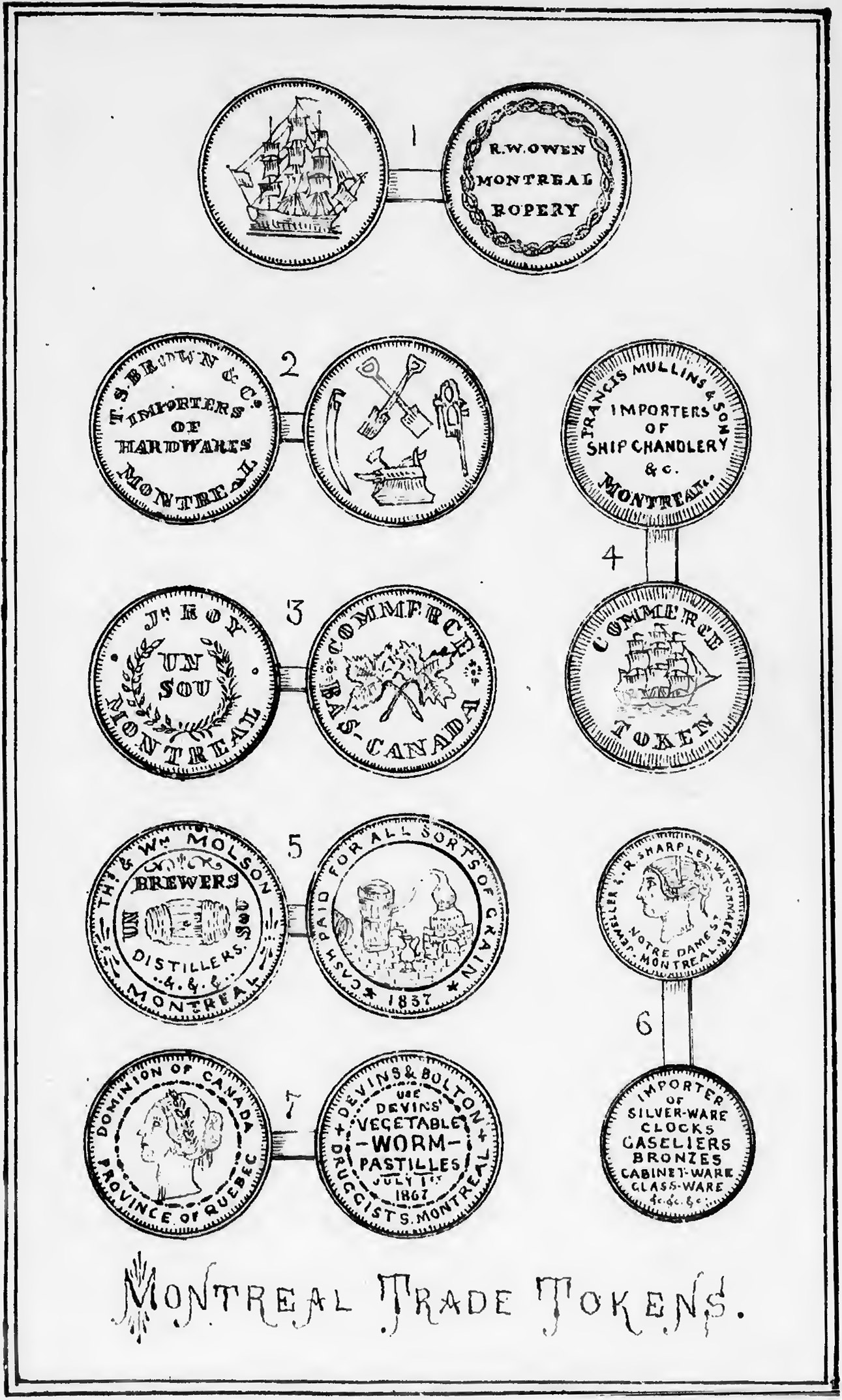 Unlike some American or English issues, the Montreal tokens bear no political devices, nor do they serve to perpetuate the memory of any particular hero, or public event. Theirs was no sentimental mission, and the numismatist needs not the aid of the historian to learn the object for which they were issued. With two exceptions, the dies were prepared in Birmingham, England, and although in some instances, the exact date of issue cannot be ascertained, I believe I am correct in arranging them as I have done. I may add that the illustrations are from specimens in my own collection (the Owen excepted). 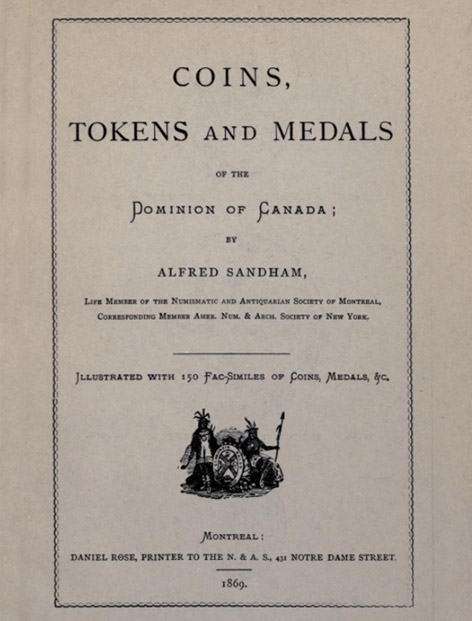 Coins, Tokens and Medals of the Dominion of Canada

Before proceeding further, we would say that this work is not issued as a mere matter of speculation, but from an ardent love for the Science of Numismatics, and a desire to render our Brethren that aid in their studies which we ourselves would have desired when passing through our initiation into the mysteries of the science. Should this object be attained we shall be satisfied.