You are: Home » Tokens and medals » Colonial and pre-confederation tokens » New Brunswick

New Brunswick, which was originally part of Nova Scotia, was established as a separate colony in 1784. For several decades thereafter, a mixture of foreign coins obtained in trade provided an adequate circulating currency for the new colony. By the 1840s New Brunswick's population and trade had expanded to the point where there was a real need for a local currency, and in 1843 the legislature decided to issue copper penny and halfpenny tokens.

By 1853 additional currency was required and the New Brunswick government requested permission to issue a copper coinage of pennies and halfpennies under the provisions of the Currency Act of 1852. 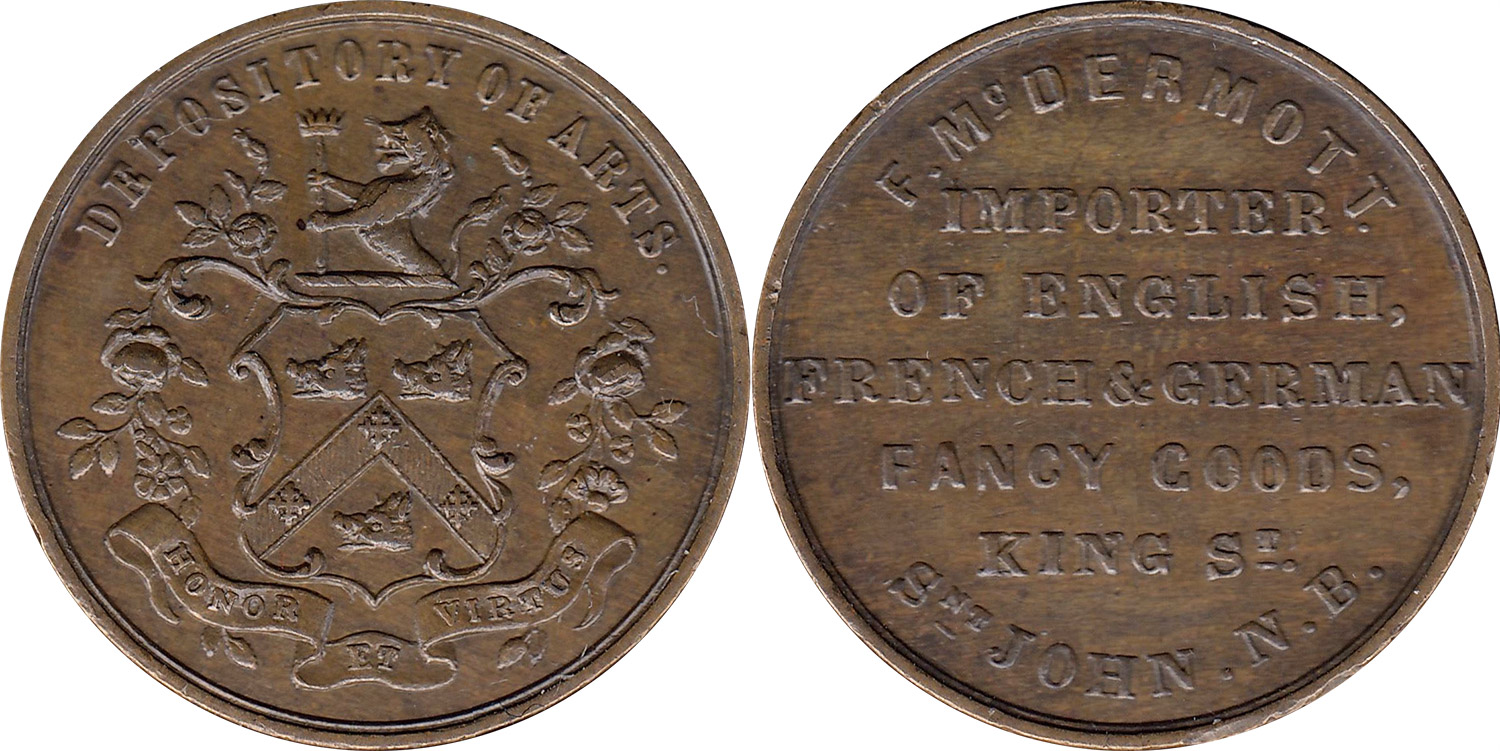 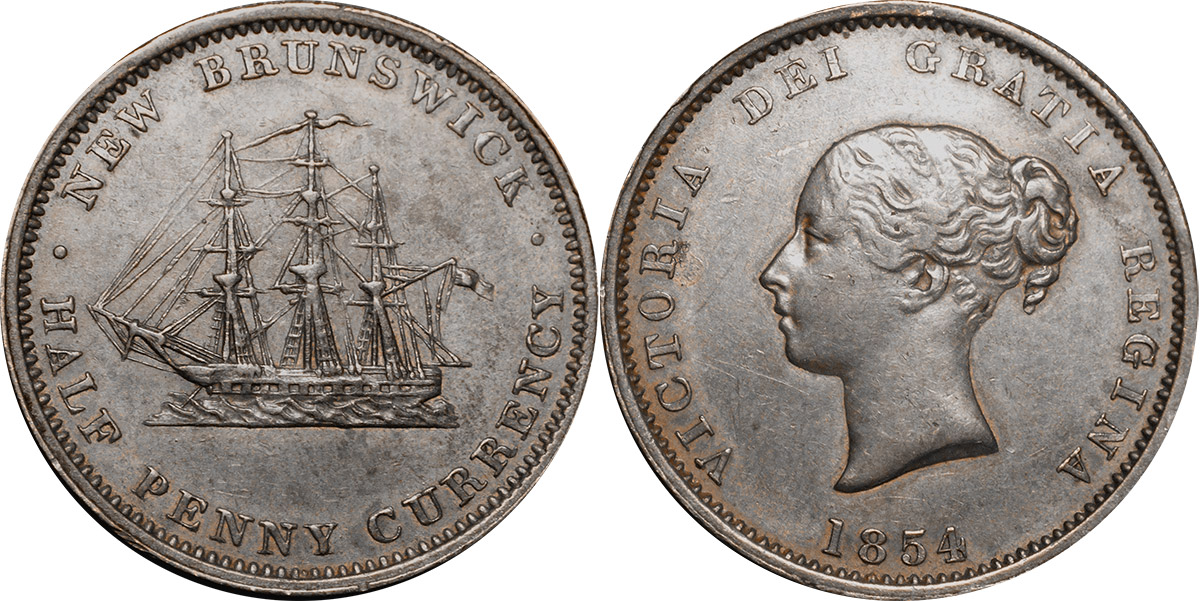 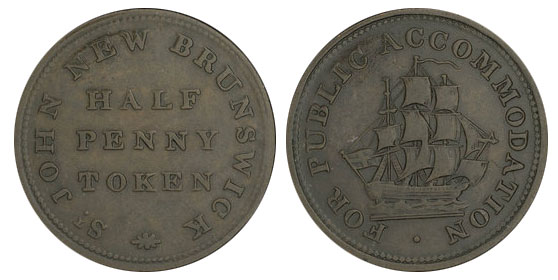